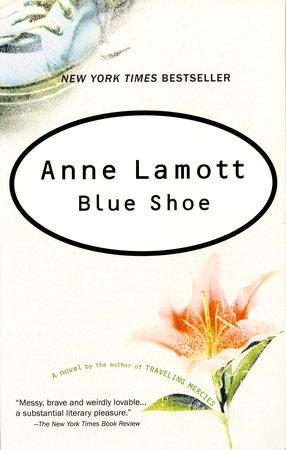 At the beginning of Blue Shoe, Mattie Ryder thinks that life cannot get any more complicated. She is newly divorced and living with her two children in her childhood home, which is infested with rats and too many unanswered questions from her past. While the rat problem can be cured with an exterminator, coming to terms with her past will require Mattie to unravel her family secrets and learn some painful truths, especially about her father.

The clues to his life are contained in a plastic bag that was recovered from the glove box of his old car. Inside are a paint key from a can of blue paint and a tiny blue rubber shoe. As Mattie comes to know it, the story of her father’s world shocks her, but it also explains her mother’s erratic behavior and distance while she was growing up.

What she learns will help Mattie come to peace with her own life as she finds love with a man with whom she can have an intimate and honest relationship, and accepts the emotional baggage that she carries as a part of herself instead of a burden.

Blue Shoe is an honest, irreverent and compelling story laced with self-deprecating humor, grace, and wit. As always, Anne Lamott creates characters with whom we can identify, as she explores the depths of human emotion.

Anne Lamott is the author of the national bestsellers Traveling Mercies, Bird by Bird, and Operating Instructions, as well as five novels, including Crooked Little Heart and Rosie. Her column in Salonmagazine was voted the Best of the Web by Newsweek magazine, and she is a past recipient of a Guggenheim Fellowship.

The Grief of Others
Leah Hager Cohen

Where the God of Love Hangs Out
Amy Bloom

Lost in the Forest
Sue Miller

The Star Side of Bird Hill
Naomi Jackson

Quite a Year for Plums
Bailey White

The Whole World Over
Julia Glass
Back to Top