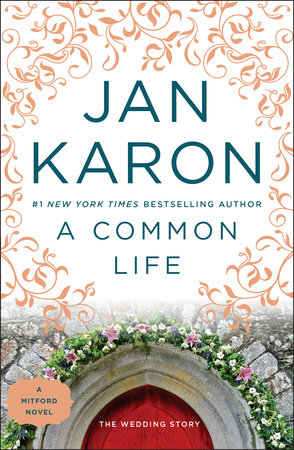 Book VI: A Common Life is set in the time between A Light in the Window and These High, Green Hills, as Father Tim and Cynthia finally become engaged and married. The sixty-two-year-old priest is still battling fear and conflict when, suddenly, the beauty of a heaven-sent sunset galvanizes him into a formal proposal. Mitford residents, stunned and thrilled by the news, indulge in their own plans and reminiscences as they prepare for the nuptials. The happy couple’s phones ring off the hook with offers of bridal showers and visiting choirs, and the bishop—in addition to his standard pre-marital counseling—insists on lending them his cottage in Maine for the honeymoon.

The Bookshop at Water’s End

The Secret Love Letters of Olivia Moretti
Back to Top