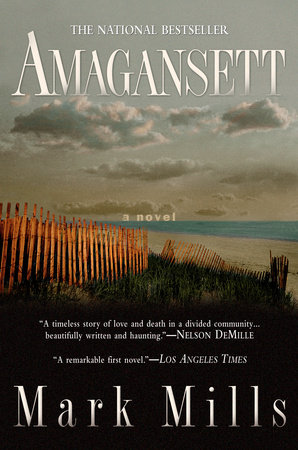 INTRODUCTION
Conrad Labarde is a first-generation Basque fisherman who casts his nets in the treacherous waters of the Atlantic. He is a working-class man in a region of Long Island sharply divided between those who inhabit this isolated finger of land year-round, and the rich who claim it every summer.

But in postwar America, things are changing quickly. And lives too will change—affecting everyone in the community—when Conrad’s nets pull in the body of a beautiful young woman, seaweed entwined in her hair…

“A timeless story of love and death in a divided community…a beautifully written and haunting tale.” —Nelson DeMille

Mark Mills is a screenwriter; among his credits is the script for The Reckoning, adapted from Barry Unsworth’s novel Morality Play. Mills lives with his family and is at work on his second novel.

So Say the Fallen
Stuart Neville

A Demon in My View
Ruth Rendell

The Summer of Katya
Trevanian

The Man Who Smiled
Henning Mankell

Hour of the Wolf
Hakan Nesser

Talking to the Dead
Harry Bingham

The World at Night
Alan Furst

Those We Left Behind
Stuart Neville

The Ghosts of Belfast
Stuart Neville

One Across, Two Down
Ruth Rendell
Back to Top