Queen of the South Reader’s Guide 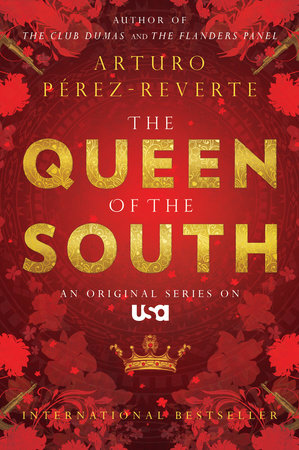 Queen of the South Reader’s Guide

INTRODUCTION
Teresa Mendoza’s boyfriend is a pilot the narcos of Sinaloa, Mexico, call “the king of the short runway,” because he can get a plane full of cocaine off the ground in three hundred yards. But in a ruthless business, life is often short, and Teresa has a special cell phone that Güero gave her, along with a dark warning: If that phone rings, it means he’s dead, and she’d better run because they’re coming to kill her next.

And then the call comes.

To survive, she will have to say goodbye to the old Teresa, an innocent girl who entrusted her life to a pinche narco smuggler. She will have to find inside herself a woman tough enough to leave her entire life—and her country—behind, and to start over again in a world as dangerous and ugly as the world of the narcos. And the strength of the woman who emerges will surprise even those who know her legend, that of the Queen of the South.

Arturo Pérez-Reverte lives near Madrid. Originally a war correspondent, he now writes fiction full-time. His novels include The Flanders Panel, The Club Dumas, The Fencing Master, The Seville Communion, The Nautical Chart, and The Queen of the South. In 2002, he was elected to the Spanish Royal Academy.

Learn More About Queen of the South
print