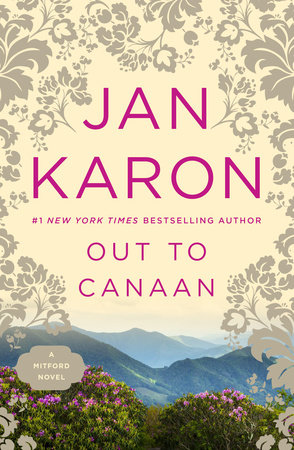 print
Out to Canaan Reader’s Guide

Book IV: In Out to Canaan, Father Tim grapples with his sixty-fourth birthday and his decision to announce his retirement. That’s just one element of change Father Tim and his beloved Mitford struggle with. A Mayoral election threatens to divide the town. Mitford’s long-term mayor, Esther Cunningham, whose slogan is “Mitford Takes Care of Its Own”, may be ousted by Mack Stroupe (“Mack for Mitford, Mitford for Mack”). Old friends are retiring, even moving away. Change seems to be the only constant, and when Mule Skinner, a regular at the Main Street Grill, grimly asserts, “I despise change,” Father Tim wholeheartedly agrees. Is it unreasonable to hope that all Father Tim holds precious might somehow be preserved? Or is transformation the real way of things? Readers new and old will be reassured that the uncommon delight of life in Mitford lives on.

Learn More About Out to Canaan
print

In This Mountain
Jan Karon

In the Company of Others
Jan Karon

Hello From the Gillespies
Monica McInerney

The Art of Losing Yourself
Katie Ganshert

Eliza Starts a Rumor
Jane L. Rosen
Back to Top