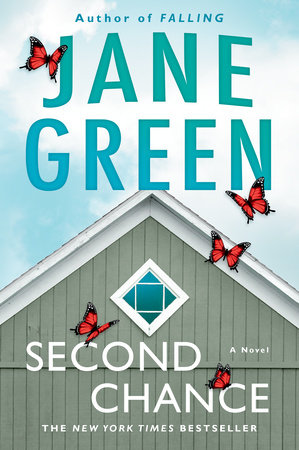 INTRODUCTION
Apart for twenty years, school friends Paul, Saffron, Olivia, and Holly are in very different places in their lives when they get together in London after the death of a close friend, but through their rediscovered friendship they find new paths to follow and—despite some missteps along the way—begin to understand what it means to get a second chance.

Upon receiving the news about the death of Tom Fitzgerald—the only one within the group who had kept in touch with all of them over the years—each character reacts in his or her own way, but all feel the need to see one another again and catch up on what they’ve been doing over the past two decades. Paul has become a freelance writer and journalist who improbably ended up in a two-page spread in Vogue, along with his wife Anna, the gorgeous and stylish founder of Fashionista.uk.net. An actress living in Los Angeles, Saffron is on the brink of international stardom but is struggling with past demons while pursuing a secret relationship with a married megastar. Olivia, whose partner of six years, George, recently left her, is working at an animal shelter and slowly persuading herself to start dating again. And Holly, whose relationship with Tom was deeper than the others’, finds herself married with two children—but her husband, Marcus, is a chilly and distant man, and she is worried that she is no longer in love.

As they rekindle their connection, the friends find themselves faced with decisions they never expected to make. Holly finds herself drawn to Tom’s younger brother, Will, when she meets him again at the funeral and the two strike up an e-mail exchange that leads Holly into dangerous territory. While she considers what to do about her marriage and her future, she also finds herself closer than ever to her three former schoolmates—even Saffron, whose glittery lifestyle and famous friends haven’t dulled her down-to-earth personality and outrageous sense of humor.

In Second Chance, Jane Green follows the lives of these four as they help one another along, providing a lighthearted, warm, and witty look at contemporary middle age. For these characters, life really does begin at forty, and as their lives transform they realize there is nothing holding them back from continuing to pursue their dreams. By turns hilarious and moving, Green’s new novel is an addictive read for women of any age and an insightful exploration of the possibilities that life holds for all of us.

Jane Green was a disaster at university, discovered writing soon afterward, and went on throughout her twenties to work as a journalist for various national newspapers and magazines in her hometown of London. At twenty-seven, inspired by Nick Hornby’s High Fidelity, she decided to give up her job at the Daily Express and write a real woman’s account of what it was like being single in the city.

Three months later she signed her first publishing deal, and Straight Talking, her (allegedly) largely autobiographical first novel, became a huge bestseller and, together with Bridget Jones’s Diary, launched the phenomenon that came to be known as “chick lit.”

Jane is currently at work on her tenth novel. She lives with her four children in Connecticut.

A CONVERSATION WITH JANE GREEN
Q. Second Chance represents a bit of a departure for you, as your previous novels have primarily focused on a female protagonist dealing with contemporary relationship issues, written in a humorous tone. Though there are plenty of funny moments in the book, the main event is a tragedy, and all of the characters are dealing with grief. How was your experience writing this book different from how you’ve approached your previous novels?

I never set out to write with a humorous tone, although I agree, this book is darker and, perhaps, as so many of my books are a reflection of where I am in my life, the fact that I was going through a divorce while writing changed my voice somewhat. Also, writing about grief doesn’t leave vast amounts of room for humor, even though I have tried to keep a balanced view. Just as it is not all light, neither is it dark. I think what I have aimed for mostly is an accurate reflection of life, with all its ups and downs, for those of us in our thirties and forties.

Q. What was it like writing a novel that features an ensemble of characters? How did each of their personalities come to you? Was it difficult to juggle this many characters throughout the narrative?

I have written a cast of characters before in Bookends, and in some ways I prefer it now. I find, just as I did in the previous books, they all developed very strong individual characteristics, and their actions and dialogue always seemed to come very naturally. And I particularly love some of the smaller characters—Maggie and Will are among my favorites, although you could argue that Will, as the catalyst for Holly’s changes, is far from small.

Q. Discuss your decision to have Tom’s death occur as a result of a terrorist attack. The attack in the story is fictional, but it brings to mind other recent tragedies, such as September 11 and the bombings in London and Madrid. To what extent were these events on your mind as you were writing the book?

It seemed appropriate for them to lose Tom in something so senseless and tragic, and, of course, given the world we live in today, a terrorist attack on a train in America is no longer outside of the realm of possibility. Grieving for someone who has died in a tragedy that affects the entire nation is quite different, I think, from grieving for someone who has died in a smaller, more private way. My own experience of losing someone in a tragedy was that everyone wanted to connect to it, everyone wanted a part of it, it was very difficult to determine who was truly grieving the person and who was grieving because they needed to be a part of something so big.

Q. Though Tom is only present briefly in the beginning of the book, his spirit influences all of the characters, and his memory is an important part of Second Chance. How conscious were you of his presence during the writing process? What made you choose to limit the flashbacks of Tom’s life and instead keep his memory alive through his friends?

I wasn’t going to bring Tom in at all, but introducing him in the beginning, doing such mundane things as tripping over his children’s toys and his wife mumbling good-bye, makes it, I think, so very much more real for the reader. It is more of a shock when it happens, and it allows us to consider our own mortality—this doesn’t feel like a fictional character in a book; it could be us. And his presence was absolutely there throughout the book—they all feel that Tom is watching over them, and I felt, for a long time, that my friend was watching over me, was particularly aware of including things like the extraordinarily vivid dreams you have when you lose someone you love, in which they “come back” and tell you they are fine.

Q. The e-mail correspondence between Holly and Will sets up a certain amount of suspense for the reader as we share in Holly’s anticipation of getting a new message, and wonder what it will say. What made you decide to integrate their messages in full into the text? Have you used a device like this before? What advantages does this type of correspondence offer you as a writer?

It was fun to do it, but I was aware of not overdoing it. I liked having the ability to really see what Will was thinking and feeling, but I have attempted entire books written in e-mail form and find them rather gimmicky and irritating after a few pages.

Q. Which of the characters in Second Chance do you feel the closest to?

Oh, Holly, without question. So much of her ambivalence and frustration, her refusal to face the real root of her unhappiness, was very familiar to me. And mostly I am proud of her, that despite Marcus being such a difficult, dreadful man at times, Holly is absolutely accountable for her part in the marriage’s not working. It would have been, in many ways, easier to make Holly bitter, or resentful, or angry, and I am so proud that she is none of those things.

Q. This is your ninth novel. How has your career as a writer developed over the years of writing fiction, and how have things changed since your first book was published?

I always laugh when I think of how my novels have charted the course of my life. I was twenty-seven, single, in such a different place when I wrote Straight Talking. I have lived a particularly eventful life these last few years and would like to think I have acquired wisdom. I am kinder in my thirties than I was in my twenties, and more circumspect, more accepting of life on life’s terms and would hope that that comes across in my more recent writing.

Q. Are there any particular books you were reading that influenced you while writing Second Chance? Do you ever take inspiration from other writers?

I try not to read anything similar—unconscious plagiarism is remarkably easy when you come across a particular phrasing or description that you read over and over again because you love it so much. There are so many writers I adore and admire, but I find myself inspired mostly by life.

Q. What are your plans for your next book?

I would like to try my hand at a mystery. Still very much a “Jane Green” novel, I’m thinking of revisiting my fictitious town of Highfield and throwing in a very dubious character and all sorts of strange occurrences. Watch for more!

To Have and To Hold
Jane Green

The Secret Lives of the Kudzu Debutantes
Cathy Holton

Confessions of a Shopaholic
Sophie Kinsella

Do This for Me
Eliza Kennedy