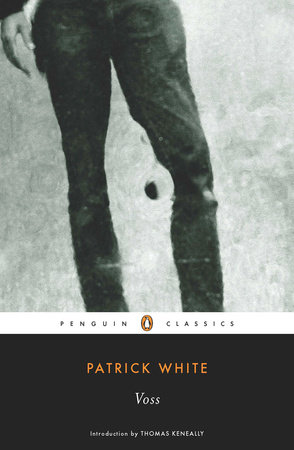 An Introduction To Voss

The German explorer Ludwig Leichhardt was one of several nineteenth-century adventurers to perish in the Australian outback. Such attempts to cross the continent, not all ending in tragedy, inspired a fictional genre, the bush novel, that shares similarities with American westerns. These pulp novels centered on the derring-do of Europeans in an exotic, threatening, and often unknowable place. It is this genre that Patrick White borrows from and ultimately subverts in his novel Voss. While he based his doomed protagonist on Leichhardt, White was not interested in a “historical reconstruction” of the failed 1848 expedition, as he told his publisher. Instead, Johann Ulrich Voss becomes the vehicle with which White explores our flawed abilities to perceive and communicate deep truths and the role of suffering in finding the path to wisdom, themes which recur throughout his fiction.

Voss’s expedition is sponsored by the well-to-do Sydney draper Edmund Bonner. When Voss first arrives at the Bonner house on a Sunday morning, he is marked as an outsider. Not only is he German and awkward in the company of genteel society, but he apparently lacks the good sense not to call on his patron during church hours. Furthermore, his apparent compulsion to venture into the Australian wilds arouses the interest and dismay of his hosts in Sydney. Equally distressing is his fondness for reciting romantic German poetry. Voss assembles a motley crew of adventurers around himself, including Palfreyman, an ornithologist who struggles vainly to reconcile his faith with his scientific principles, and Le Mesurier, a Rimbaud-like figure whose most important possession is a notebook filled with apocalyptic prose poems. Later in the journey they are joined by two aboriginal guides, Dugald and Jackie, and by Angus, a rich young property owner, and by Judd, a recently freed convict.

To each of these characters the journey means something different. Edmund Bonner has recruited the team, in part to attach his name to what could be a historic expedition. To Palfreyman, the journey will have obvious scientific usefulness. To Judd, it is an opportunity to exercise his newly won freedom and his formidable bush skills. To Voss, the journey takes on metaphysical and spiritual dimensions. Apparently reared on German idealist philosophy, he sees himself as a Nietzchean superman or the embodiment of “will.” Will, the expression of historical and metaphysical truth, is a crucial concept in the philosophy of Hegel, Schopenhauer, and Nietzsche. Throughout the novel Voss invokes will as a force capable of overcoming all human and natural obstacles. “Future,” Voss says before their journey, “is will” (p. 62).

As they move deeper into the bush, Voss becomes less of a superman, an unyielding Prometheus against a cruel universe, and more of a martyr in a Christian passion play. The Christian imagery highlights Voss’s suffering but also his megalomania for assuming the role of martyr as well as redeemer. During the sacrifice of the goat on Christmas Day, Voss has a vision of “racked flesh” and of a departing soul. The scene prefigures Voss’s own death, which he eventually welcomes as a sacrifice. Later in the novel, when it becomes clear that they have ventured into hostile aboriginal territory, Judd persuades a few of the members to abandon the journey and turn back with him. In Voss’s universe, Judd is Judas to his Christ. The remaining adventurers follow Voss and his quest for divinity. He will either triumph against the forces of death and despair or will offer himself as a sacrifice to the godforsaken continent of Australia.

Laura Trevelyan, the orphaned niece of the Bonners, makes possible Voss’s redemption. The two first meet at the Bonners that Sunday morning and instantly form a symbiotic relationship. Once separated, the two communicate with each other through dreams and visions. It is only through her intercession that Voss realizes the folly of his quest to cross the continent and of his delusions of divinity. After Voss has been captured by aboriginals, and most of his men have either fled or been killed, Laura says, “It is only human sacrifice that will convince man that he is not God” (p. 362). She offers this seemingly in response to Voss’s defiant claim, “They cannot kill me. . . . It is not possible” (p. 357). Just before he is beheaded with the penknife, a comet races across the night sky. This may be an allusion to Lucifer’s fall, but to his aboriginal captors it enacts the story of their ancestor the Great Snake, who returned to earth to punish man. Both stories emphasize Voss’s divine punishment for his overreaching pride. At last, he realizes that “I have no plan . . . but will trust to God. . . . I am to blame” (p. 371). Before his grisly death, he supplicates Christ and sees the comet dip below the horizon, leaving only the constellation of the Southern Cross in the sky.

Patrick White was born outside London, England in 1912. When he was six months old the family relocated to Sydney, Australia. White’s childhood in Australia was plagued by numerous illnesses, including asthma, a condition that worsened throughout his life. At twelve, he was sent to a boarding school in Cheltenhem, England, which he considered his “English prison.” While on a school holiday in Scandinavia he discovered the plays of Ibsen and Strindberg, and his budding vocation as a writer.

White finished his schooling early and returned to Australia where he worked for two years as a jackeroo in the mountains of New South Wales. Although his health improved during this time, it became clear to White that he was not suited for a life outdoors. From 1932 to 1935, White studied French and German literature at King’s College, Cambridge. It was then that he began writing plays and poetry in earnest. After taking his degree, he stayed in London and associated with other writers and artists, including the young painter Roy de Maistre. De Maistre would become an important friend and influence on his career. White dedicated his first novel to de Maistre and used a specially commissioned painting of his for the cover of one of his novels. When his father died in 1937, White was left an inheritance of 10,000 pounds, which provided the means to finance a career as a writer.

His literary break came in 1939, when his first novel, Happy Valley, was published in London and later in America by the Viking Press, which would be White’s longtime U.S. publisher. The book, like most of White’s novels, was well received in Britain and America but was dismissed in his own country. During the Second World War, White served as an intelligence officer for the RAAF in Egypt, Palestine, and Greece. While in the Middle East, he met Manoly Lascaris, a Greek Army officer, who would become his lifelong partner. After the war, the two settled down in an old farmhouse outside Sydney, where for the next eighteen years White would publish his most accomplished novels. Notable among these works are The Tree of Man(1955), Voss (1957), and Riders in the Chariot (1961).

Australians finally accorded him recognition and respect by selecting Voss as the winner of the inaugural Miles Franklin Literary Award. White won the award again in 1961 for Riders in the Chariot and again in 1968 for The Vivisector. After winning the Britannia Award in 1968, the relatively wealthy author decided that he would not accept any more prizes for his work. White’s stature as a leading international writer was enshrined in 1973, when he became the first Australian to receive the Nobel Prize for Literature. The Swedish Academy cited his “epic and psychological narrative art which has introduced a new continent into literature.” White didn’t attend the Nobel ceremony but did accept the monetary award, which he used to establish the Patrick White Literary Award “to advance Australian literature.” In addition to supporting Australian literature, White was a generous contributor to the aboriginal community and the visual arts. White’s health began to decline in the 1970s but he continued to publish respected work throughout his later years, including the The Twyborn Affair, which was shortlisted for the Booker Prize in 1979. White’s last novel, Memoirs of Many in One, appeared in 1986. In addition to his many novels, White published several plays, the short story collections The Burnt Ones, The Cockatoos, and Three Uneasy Pieces, and the autobiography Flaws in the Glass. He died on September 30, 1990.

The Elephant Man
Back to Top