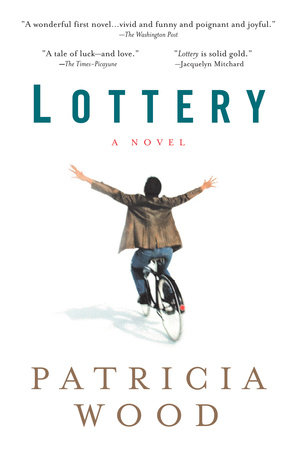 INTRODUCTION
With an IQ of 76, Perry L. Crandall is often mistaken for retarded. But he knows the truth: “You have to have an IQ number less than 75 to be retarded. I read that in Reader’s Digest.” Abandoned by his mother at a young age, Perry lives with his cantankerous but good-hearted Gram, who tells him that there’s nothing wrong with being a little slow. She teaches him how to get along in the world: always write things down, study the dictionary to learn new words, know whom to trust and who’s trying to take advantage. Most of all, she reminds Perry that for all his disadvantages, he’s a lucky boy—that’s what the L stands for.

Shortly after her death, Gram’s belief in Perry’s luck is borne out in spectacular fashion. Cheated out of his inheritance by his conniving family, he moves into an apartment above his employer’s shop and is watched after by his best friend, Keith, a troubled Vietnam vet who lives on a boat in the harbor below. Money is tight, but Perry does his best to maintain his routine: daily vocabulary words, Sunday crossword puzzles, and weekly lottery tickets. When one of those tickets turns out to hold a $12 million jackpot, Perry’s world is transformed overnight.

After a lifetime of being teased, ignored, and shunned, Perry is suddenly everybody’s best friend. His newfound fame makes him a star attraction at work, and he is inundated by letters, phone calls, and visitors, all looking for the same thing: a piece of the winnings. His friend Keith and his employer, Gary, help him fend off the day-to-day petitioners, but Perry’s family has a more elaborate scheme in mind. Playing on his trusting nature and his innate goodwill, they maneuver to swindle him out of every last dime.

Patricia Wood’s Lottery offers a glimpse of the world as seen through the eyes of a man with limited cognitive abilities but boundless generosity of spirit.

Patricia Wood is a Ph.D. student at the University of Hawaii, focusing on education, disability, and diversity.Lottery is inspired by her work, as well as a number of events in her life, including her father’s winning the Washington State Lottery. She lives with her husband aboard a sailboat moored in Ko’Olina, Hawaii. This is her first novel.

Where You Once Belonged

The Memory of Running
Back to Top