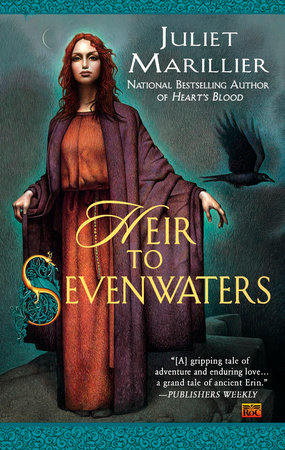 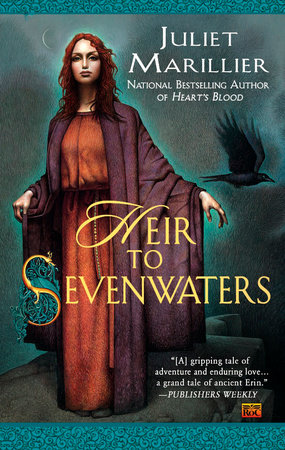 About Heir to Sevenwaters

The chieftains of Sevenwaters have long been custodians of a vast and mysterious forest?and a new heir has been born. But the family?s joy turns to despair when the baby is taken, and something unnatural is left in his place. To reclaim her newborn brother, Clodagh must enter the shadowy Otherworld and confront the powerful prince who rules there?

About Heir to Sevenwaters

The chieftains of Sevenwaters have long been custodians of a vast and mysterious forest?and a new heir has been born. But the family?s joy turns to despair when the baby is taken, and something unnatural is left in his place. To reclaim her newborn brother, Clodagh must enter the shadowy Otherworld and confront the powerful prince who rules there? 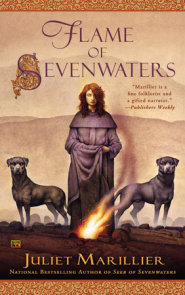 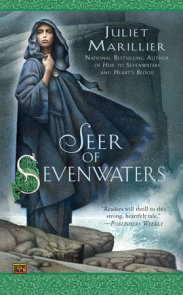 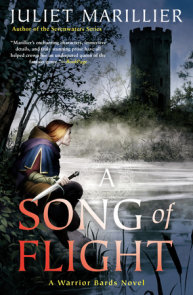 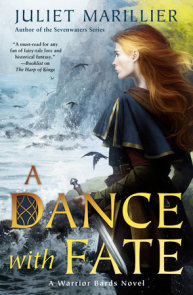 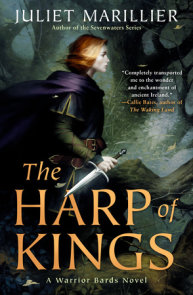 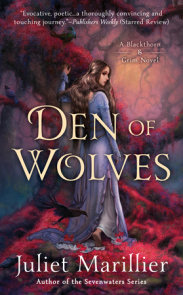 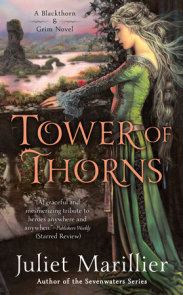 See all books by Juliet Marillier

See all books by Juliet Marillier

Juliet Marillier was born in Dunedin, New Zealand, a town with strong Scottish roots. She graduated from the University of Otago with degrees in languages and music, and has had a varied career that includes teaching and performing music as… More about Juliet Marillier

Juliet Marillier was born in Dunedin, New Zealand, a town with strong Scottish roots. She graduated from the University of Otago with degrees in languages and music, and has had a varied career that includes teaching and performing music as… More about Juliet Marillier 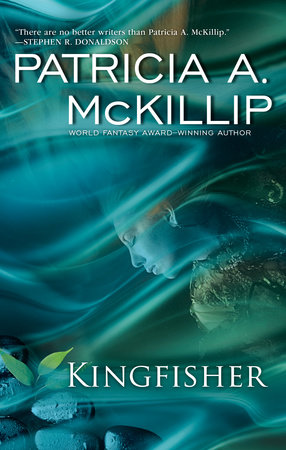 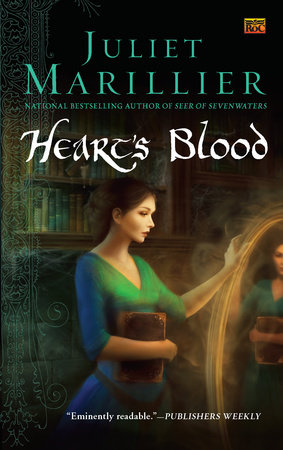 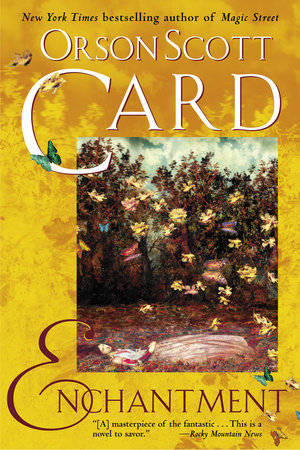 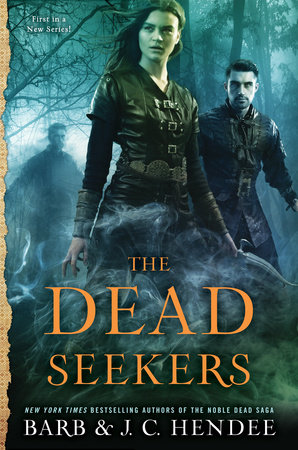 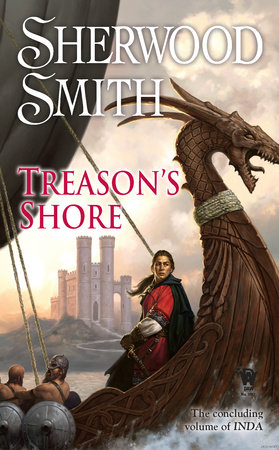 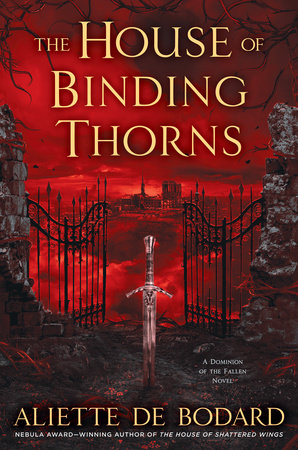 The House of Binding Thorns 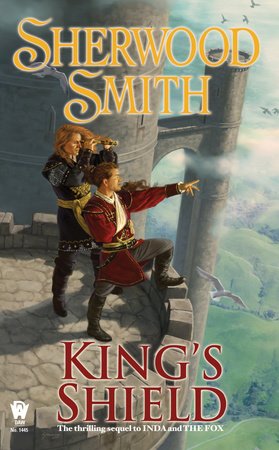 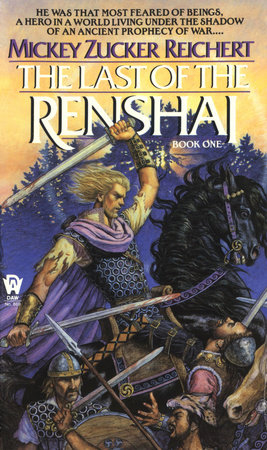 The Last of the Renshai

Your most recent book, Heir to Sevenwaters, takes place in the world of Sevenwaters. The last novel in this universe was published in 2001—what was it like to return to those characters after such a long time?

I expected it to be difficult, because my writing style has changed and developed a lot since I wrote those earlier books. But in fact I slipped right back into it with no trouble, picking up the action a few years after the events of Child of the Prophecy. I did have to make a decision to leave out some of best-loved ‘old’ characters such as Bran and Liadan, who would have stolen the limelight from the new characters.

Many of your books seem influenced by fairytales and folklore. How have those stories inspired your writing and style?

I’ve loved fairytales, folklore and mythology since I was a small child, and I think it was inevitable that they would influence my style and my development of stories. This kind of story grew up as a way of explaining life’s challenges, a sort of code for dealing with the unknown, the dark thing that lurked beyond the safe light of the campfire. I love the way traditional stories get right to the heart of matters and are unafraid to show big themes: love, loyalty, courage, faith, honour. In some of my novels, such as Daughter of the Forest, I use a fairytale as the framework of the story, but more usually I work the themes and motifs of traditional storytelling into my novels as I go (in fact, it’s not as conscious a process as that—often they just appear!) I have a strong awareness of the magical quality of the natural world, so that tends to show in my writing very strongly.

Your books are noted for the fact that despite their fantastical elements, the characters and motivations are very realistic. Is it ever tempting to overcome a plot hurdle by throwing in a deux ex machina (The wizard fixed it! Magic solves the day!)? What do you focus on to keep your characters relatable?

My primary focus is always on the characters and their relationships. The ‘world’ of the book is secondary, though of course it has to be interesting and internally consistent. The fact that the world of my books is the real world, though in a slightly fantastic version, makes it easier to keep things realistic. When I’m following a character I’m always thinking about his psychology, his parentage and upbringing, and how those would influence his decisions.

Many of your sequels have been noted for the fact that they can also stand-alone; readers don’t have to have read the first to be able to become engrossed in its sequel. What do you think the most important factor is for making sequels accessible in this way?

My advice to aspiring writers of fantasy trilogies or series is that each book needs two main plots. There’s the ‘big story’, the over-arching grand plot of the entire series, and there is the complete-in-itself, one-book plot. Provided each novel has its own satisfying beginning, middle and end, it should work as a stand-alone as well as fitting into a series. For me it’s generally the personal story, usually dealing with relationships between characters, that provides the one-book plot, and the historical/political story that stretches over a whole series.

Do you prefer writing in the first person or the third person? Why?

I prefer whichever suits a particular story. First person allows deeper insight into the protagonist’s character. It allows the reader to identify more fully with the protagonist and to share her world quite intimately. So it suits a story focused on one character’s personal journey. However, first person shuts out insights into other characters. It does not allow male and female psychology to be explored alongside each other, and it limits the mode of storytelling quite considerably. For instance, within the historical framework of my stories, I can’t plausibly place a young female narrator in the middle of a battle or any other scene that would have been exclusively male in that time and culture. My books are as much historical novels as fantasies and they’re set in real history.

So, for books where I want to include battles, voyages, and an insight into the masculine world of, say, Viking warriors or Pictish assassins, I use third person. Third person allows a deeper exploration of the relationships between characters. We can see their misunderstandings and hear what they think about each other. We can create a more complex structure with various story threads running parallel. I find that kind of writing more challenging and more rewarding, but I find a first person narrative easier to write.

I’m a control freak writer, a super-planner who can’t imagine starting a book without knowing the ending. Once I conceive the idea for a new novel, I do masses of research, not just history, but the mythology of the time and culture, plant and animal lore, geography, language, clothing, weaponry and so on. My books are set in the real world, not an invented secondary world—their fantasy element lies in the interaction of the human characters with the Otherworld, which takes whatever form fits the common beliefs of their time and culture.

After the preliminary research, I draft a couple of outlines, then a synopsis, which my publisher sees and (hopefully) approves. After that I write a detailed chapter plan. Then I get started on the book. The process is a bit like this: