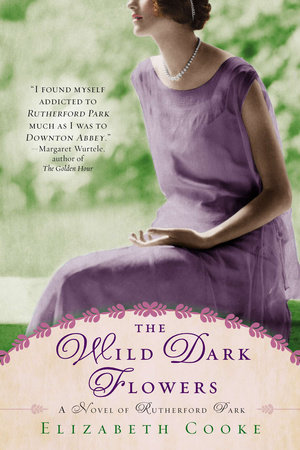 1. INTRODUCTION
When May came that year in Rutherford, it was more beautiful than anyone could ever remember. More beautiful, and more terrible…

From inside their sprawling estate of Rutherford Park, the Cavendish family had a privileged perspective of the world. On the first morning in May, 1915, with a splendid view that reached across the gardens to the Vale of York, nothing seemed lovelier or less threatening. And yet…

At the risk of undoing the Cavendish name with scandal, William and Octavia Cavendish have been living a lie, maintaining a marriage out of duty rather than passion. But when their son Harry joins the Royal Flying Corps in France, the Cavendish family are forced to face the unavoidable truths about themselves, the society in which they thrive, and the secrets they can no longer bear.

In the wake of a terrible war, the emotional shifts between a husband and a wife, a wife and her lover, and a mother and her children, will shake the very foundation of the Cavendish family, and change the uniquely vulnerable lives of all who reside at Rutherford Park.

ABOUT ELIZABETH COOKE
Elizabeth Cooke lives in Dorset in southern England and is the author of twelve novels, including Rutherford Park. She has a long-established reputation for vivid storytelling and historical accuracy. Elizabeth’s family originate in the North Yorkshire Dales—Bronte country—and her grandfather worked at Kiplin Hall there, where he was one of the “downstairs” staff. His life, and Yorkshire itself—both its outstanding natural beauty and the industrial life of its mill towns and cities—were the inspiration for Rutherford.