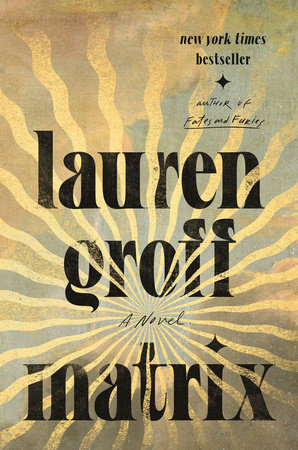 1. Matrix takes place in a twelfth-century abbey and explores the life of a powerful and singular figure, Marie of France, set against a rapidly changing world order. What themes in the book resonated with you as you think about the modern-day challenges we face as a society?

2. Marie has a complex, nearly lifelong relationship with Queen Eleanor. When she meets the queen for the first time as a child, what are her impressions? How does her relationship with the queen change over the course of the book? Her feelings about Queen Eleanor are described as “terrible love.” What accounts for Marie’s feelings? Do you see the obsession as mutual? To what degree do these feelings shape Marie’s ambitions for herself? For the abbey?

3. One of the most significant changes Marie makes at the abbey involves shifting how the nuns do their work. Before her arrival, they were assigned the tasks at which they excelled least well, as a lesson in humility. Marie emphasizes productivity and assigns tasks on the basis of inherent skill. Consider how Marie’s attitude toward work shapes life at the abbey, and what kind of change it allows for the community. How does it compare with modern views of work? What are the benefits or drawbacks of the change, as seen in the book?

4. Marie becomes the most powerful figure at the abbey—yet she was ordered there by the queen. She is at once the most powerful and essentially powerless. How does Marie’s understanding of power shift during her time at the abbey? What people or forces complicate her understanding? How does she feel about her own power after she begins having visions?

5. Marie tells Nest that there can be no special relationships between nuns. Why does Marie believe that intimacy between individuals would threaten the abbey’s goals? What other examples in the novel relate to the tension between individual expression and collective action? How does Marie herself embody these tensions?

6.  When contemplating the achievements of the Romans centuries before, Marie thinks, “Humanity must be disintegrating to dust, the people of today paltry in comparison to what they had been even a millennium before.” What is Marie’s view of history? What is her view of progress? What does the novel have to say about the scope of history? What can historical fiction teach us about our contemporary world?

7. When Marie presents her idea for the labyrinth to the women she trusts, Wulfhild alone is unsupportive. Marie asks if Wulfhild does not love her and Wulfhild replies that she loves her enough to tell her that her plan is foolish. What kinds of love exist in Matrix? What is the relationship between love and devotion?

9. What does the ending of the novel say about ambition, the value of art, and leadership? What is the legacy of Marie of France?

How Beautiful We Were
Back to Top