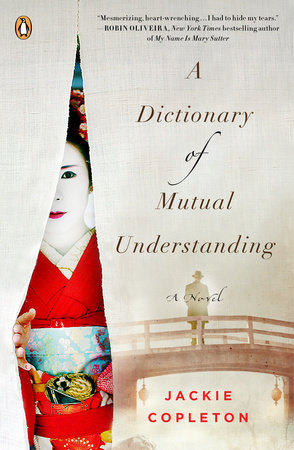 “What word can capture the roar of every thunderstorm you might have heard, every avalanche and volcano and tsunami that you might have seen tear across the land, every city consumed by flames and waves and winds?” (p. 23).

After her husband, Kenzo, passes away, Amaterasu Takahashi leads a solitary, whiskey-soaked life in Philadelphia. Originally from Nagasaki, the couple had emigrated to the States after their only daughter and grandson were killed by the atomic bomb American forces deployed in the waning days of World War II. Grief-stricken, Amaterasu “had thought leaving Japan would keep Kenzo and me safe from the past” (p. 6). But decades later, Amaterasu must suddenly confront everything she sought to forget when a man arrives on her doorstep, claiming to be her grandson.

Like many of the survivors who were closest to the bomb’s epicenter, the man calling himself Hideo Sato (née Watanabe) is badly disfigured. “[He] held a briefcase in fingers fused together” (p. 1). The last time Amaterasu saw Hideo, he was a seven-year-old boy. Even if his features had not been burned away, it’s unlikely she would recognize the Hideo she knew in the middle-aged man who stands before her. Sensing her hesitations, he leaves her with a packet of letters that he hopes will convince her.

When she finally reads the first letter, Amaterasu is stunned to learn that it’s written by Natsu Sato. If it had not been for Natsu’s husband, Jomei, Amaterasu believes that her daughter, Yuko, would not have died in the blast. Yet, Amaterasu also blames herself. While she is convinced that Jomei was ultimately to blame, “the darker truth is this: she wouldn’t have been in the cathedral unless I had insisted that she meet me there” (p. 5).

When the plutonium bomb was unleashed on August 9, 1945, Yuko died at the heart of the blast, while her mother—delayed by chance—survived. Amaterasu’s only consolation is the knowledge that Yuko felt no pain when pikadon—as the Japanese call the attack—struck. “Her body would have evaporated: bones, organs, even the ash of her, gone in an instant” (p. 5).

By the time Hideo next visits, Amaterasu has done more than open the Pandora’s box of memory. For the first time ever, she also begins to read the diaries Yuko left behind. In them sixteen-year-old Yuko describes her first meeting with Doctor Sato. When Yuko felt listless and unwell, Kenzo became alarmed and sent her to his old friend for a consultation. Yuko wrote, “I thought it strange I had never heard of his name before” (p. 42).

Why had Yuko never known about Jomei? Why does Amaterasu blame him for Yuko’s death? And what was the purpose of Amaterasu and Yuko’s appointment that fateful day? Before Hideo’s arrival, Amaterasu hid from these questions. Now, she must face them and decide whether to accept “this Hideo” and the possibility of redemption.

In her debut novel, Jackie Copleton has crafted a deeply felt portrait of one family’s tragedy in tandem with a nuanced account of the devastating nuclear attack that ultimately claimed the lives of more than seventy thousand Japanese citizens. Moving and wise, A Dictionary of Mutual Understanding announces Copleton as a writer to watch.

1. At the beginning of the novel, did you suspect the reason Amaterasu blamed Jomei for Yuko’s death?

3. Do you think Yuko was really in love with Jomei? Why or why not?

4. How much did you know about the bombing of Nagasaki before you read this book? Do you feel differently now?

5. Do you agree with Kenzo, who says that Yuko and the tens of thousands of other civilians died “because America wanted to teach the world a lesson” (p. 38)?

6. Do you think Amaterasu tricked Jomei into believing that Yuko hated him for Yuko’s sake or for her own?

8. How did your opinions of Amaterasu and Jomei change over the course of the novel?

9. If you were Yuko, would you be willing to abandon your husband and child to be with the man you love? Would Jomei have left Natsu if he’d known about Yuko’s condition?

10. Does the fact that Jomei adopted Hideo somehow atone for the way he treated Yuko and Amaterasu?

11. While Hideo wears his scars on the outside, Amaterasu’s scars are invisible to the eye. If Amaterasu’s decides to accept Hideo as her grandson, how would that help her to heal? What do you imagine her future would have been if he had not sought her out?

12. What did you think about the definitions that preface each chapter? What do they lend to the overall narrative?

Jackie Copleton lived in Nagasaki and worked as an English teacher from 1993–1995. While she was there, the city commemorated the fiftieth anniversary of the atomic bomb attack. She has worked as a journalist for many years and wrote her first novel, A Dictionary of Mutual Understanding, in England, the Middle East, and Scotland, where she currently lives with her husband.
Learn More About A Dictionary of Mutual Understanding
print

The River Wife
Back to Top