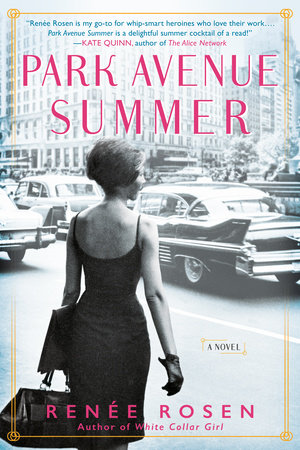 1.   Do you think Helen Gurley Brown was a feminist? How do you think her brand of feminism compared to Betty Friedan’s or Gloria Steinem’s?

2.   What did you think of Helen’s advice to Alice regarding her Don Juan? Do you agree that Don Juans are unavoidable and that everyone woman has that one man she can’t say “no” to?

3.   Speaking of Alice’s Don Juan, did you understand why she got involved with Erik? Were you sympathetic to her situation or did you want her to break it off with him sooner? Or not enter into it at all?

4.   Under Helen Gurley Brown’s leadership, Cosmopolitan became a groundbreaking magazine for women and inspired many copycat publications. Were you a Cosmo reader? And if so, what do you remember most about that magazine? What other magazines did you read growing up?

5.   Can you define today’s Cosmo Girl? How has she evolved through the years?

6.   When it comes to iconic female magazine editors, the two biggest names are probably Helen Gurley Brown and Anna Wintour. How do you think these two women are similar? How are they different?

7.   In the book, Alice looks to both Helen Gurley Brown and Elaine Sloan as role models and mentors. How important do you think it was for a young woman back then to have that kind of guidance? And do you think it’s still important in today’s world?

8.   In today’s digital age we’ve seen the decline of physical magazines. How do you feel about publications moving from newsstands to the Internet? Do you miss reading them physically?

9.   If you’d been put in Ali’s position, would youhave told Helen that members of the Hearst staff were sabotaging her? How do you think you would have handled that sort of predicament?

10. What prominent themes can you find in Park Avenue Summer? Do you think any of them are still relevant in today’s world?

11. Alice, like so many people throughout history, moved to New York City to pursue her dream. Certainly, there are easier and more affordable places to live and yet Manhattan’s draw proves irresistible to some. Why do you think that is?

12. How did you feel about the ending of the book and were you surprised to learn where Ali ended up?
Learn More About Park Avenue Summer
print