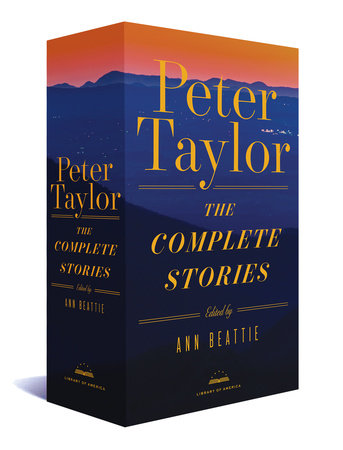 About Peter Taylor: The Complete Stories

For the first time, the complete stories of the master chronicler of tradition and transformation in the twentieth-century South are available in a deluxe two-volume Library of America boxed set.

Born and raised in Tennessee, Peter Taylor was the great chronicler of the American Upper South, capturing its gossip and secrets, its divided loyalties and morally complicated legacies in tales of pure-distilled brilliance. Now, for his centennial year, the Library of America and acclaimed short story writer Ann Beattie present an unprecedented two-volume edition of Taylor’s complete short fiction, all fifty-nine of the stories published in his lifetime in the order in which they were composed.

Volume one offers twenty-nine early masterpieces, including such classics as “A Spinster’s Tale,” “What You Hear from ’Em?,” “Venus, Cupid, Folly and Time” and “Miss Leonora When Last Seen.” As a special feature, an appendix in the first volume gathers three stories Taylor published as an undergraduate that show the early emergence of his singular style and sensibility.

Volume two presents thirty stories including many of his most ambitious works, among them “Dean of Men,” a monologue delivered by a middle-aged father to his long-haired son about the limits of idealism; “In the Miro District,” a parable of the Old South’s enduring persistence in the New; and “The Old Forest,” one of Taylor’s most celebrated works, the story of a young man who jeopardizes his
impending marriage by consorting with a girl deemed beneath his station. Here too are all five of Taylor’s remarkable prose poems, stories in free verse that demonstrate that great fiction is, at its highest pitch, a line-by-line, image-by-image high-wire act. Two of the stories in this volume, “A Cheerful Disposition” and “The Megalopolitans,” are collected here for the first time. 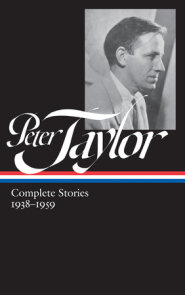 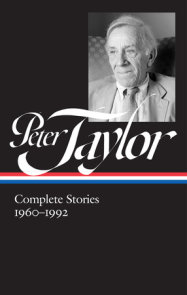 See all books by Peter Taylor

“The undisputed master of the short-story form.” –Anne Tyler

“Only Eudora Welty has acomplished a body of fiction so rich, durable, and accessible as Taylor’s.”
–Jonathan Yardley

“The stories in these volumes define their time and place with an unrivaled precision.”
–Michael Gorra, in The New York Review of Books