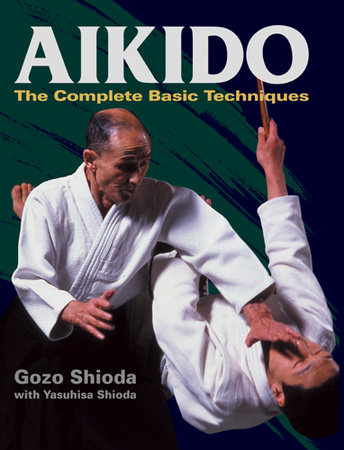 By Gozo Shioda and Yasuhisa Shioda

By Gozo Shioda and Yasuhisa Shioda

In Aikido: The Complete Basic Techniques, Gozo Shioda, renowned master and teacher as well as the top student of modern Aikido’s founder, offers lucid and detailed explanations of all of the most important basic Aikido techniques. He demonstrates how the Basic Exercises that form the core teachings of Aikdo will help the practitioner develop physical focus, and will teach him how to harness that focus for wider practical applications.


The book deals primarily with the Basic Throws that one learns in the early stages of Aikido practice and is based on a revised edition of an earlier Japanese textbook that has never before been for sale to the public. This updated English version includes a wealth of rare photographs of the author demonstrating the techniques, as well as a new section on Practical Application. A new Foreword has been written by the author’s son, Yasuhisa Shioda, in which he discusses the universality of Aikido and its emphasis on defense over attack, which enables anyone, regardless of age, to practice it. This is one of Aikido’s most appealing aspects, and it is the wish of both the author and his son that readers will find Aikido: The Complete Basic Techniques to be an invaluable study guide and source of inspiration.

In this first full autobiographical work, the legendary aikido grandmaster Gozo Shioda tells of his exciting life. Born in Tokyo in 1915, Shioda excelled as a student of Morihei Ueshiba, the founder of aikido. He went on to win first place in the All Japan Martial Arts Exhibition in 1954; and later, founded the Yoshinkan school of aikido, considered a “hard” style for its rigorous training techniques and emphasis on correct form. In 1988, Shioda was awarded the title of Aikido Master by the International Martial Arts Federation. Over the course of his distinguisehd career, he also served as the chief instructor for the Tokyo Metropolitan Police, the Air Self-defense Force, the Japanese National Railways, and a number of leading Japanese universities.


In Aikido: My Spiritual Journey, Shioda relates moving, personal anecdotes about Ueshiba and imparts what he learned from his mentor. He offers a concise overview of the key elements of aikido, including breath power, focused power, and the power of the center line. About 20 rare photos of the author, chronicling his life in aikido, are also included. Yasuhisa Shioda, the author’s son and himself a prominent figure in the aikido world, has contributed the Afterword to this volume. 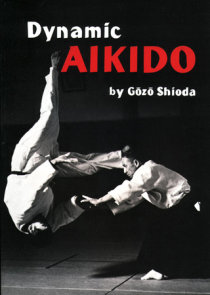 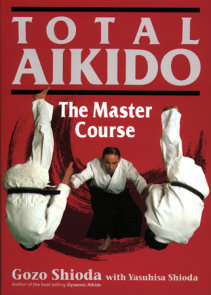 “Books by the early generations of Aikido teachers are getting rarer as these teachers, regrettably, continue to pass from the scene. A book by one of the early pioneers, who had in-depth personal experience with Aikido founder Morihei Ueshiba, is even rarer. . . . this book offers a picture of the early part of Aikido history: its practitioners and its founder. . . . Aikido: My Spiritual Journey is by Yoshinkan Aikido founder Gozo Shioda. . . . The book contains fascinating stories from Shioda Sensei’s life. It also has detailed and helpful insights on Aikido training and many stories of his time with Aikido founder Morihei Ueshiba. There are many well displayed historical and training photographs. Kodansha has done its usual good job of high quality book design.” – Aikido Journal (online)

“A book worth noting. . . Kodansha USA, the publisher of so many great books including many about Aikido, has just released Gozo Shioda’s ‘Aikido – My Spiritual Journey’. . . . I can tell you it is chock full of great photos of the 9th degree Master Aikido Sensei, many of them showing him ‘in action.’ It also includes a clear description of the heart of his insights into Aikido – including the mental, spiritual and physical aspects of the Art.” –Examiner.com