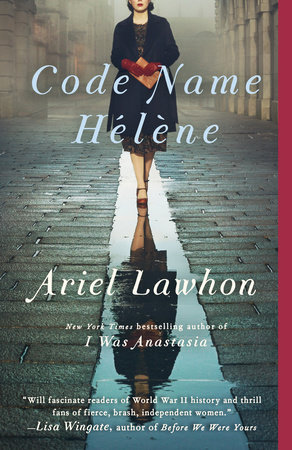 5.  Discuss the shift back and forth in time between Nancy’s life before and during the war.  Did it give you a different view at the ways in which war alters lives, both great and small?

11. What is the one thing about Nancy that you found the most surprising?

Ariel Lawhon is a critically acclaimed, New York Times bestselling author of historical fiction. Her books have been translated into numerous languages and have been Library Reads, One Book One County, Indie Next, Costco, and Book of the Month Club selections. She lives in the rolling hills outside Nashville, Tennessee, with her husband and four sons. She splits her time between the grocery store and the baseball field.
Learn More About Code Name Hélène
print

The Women of Chateau Lafayette

Where the Light Enters
Back to Top