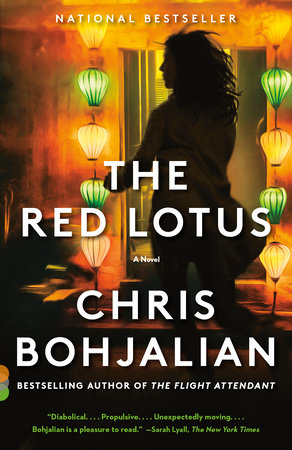 1. Alexis’s work as an emergency room doctor has shown her that life is short—and full of unexpected horrors. How do you think the trauma she’s seen in her career affects the choices she makes early in her relationship with Austin?

2. What initially attracts Alexis to Austin? How does their “meet-cute” in the ER set the tone for their relationship even before Austin disappears?

3. The Vietnam that Alexis experiences on the bike trip is full of natural beauty and thriving cities, but references are made often to the destruction that the country faced during the war. How do events of the Vietnam War loom over the action of the book despite it being set in the present? Have you ever traveled somewhere that felt deeply immersed in its past?

4. Rats are a recurring motif throughout the narrative and noted for their ability to survive chemical warfare and wreak havoc by carrying pathogens. They’re also a common—albeit loathed—aspect of life in cities like New York and Ho Chi Minh City. How are rats being used as a metaphor in this story? What “ratlike” qualities do characters like Austin and Douglas possess?

5. Why do you think Alexis insists on investigating Austin’s death when she returns home from Vietnam? What reasons might she have for trying to solve the mystery beyond the fact that the victim was her boyfriend?

6. Ken Sarafian connects personally to different aspects of Austin’s murder: he’s a Vietnam vet, and his daughter was the same age as Alexis. Do you think these personal connections help or hinder him more as he moves through the investigation?

7. Alexis’s relationship with her mother is complicated, but loving. How do you think Alexis grows to understand her mother more after Austin’s death?

8. Taleen Sarafian observes that the “red lotus” plague is named after a beautiful flower that “sinks at night” and “rises again at dawn.” Where else in the novel do you see themes of resurrection?

9. Written before the COVID-19 pandemic—and published just as the crisis began to spike in the US—The Red Lotus is an eerily prescient take on the devastating effects of global disease and the role of healthcare workers and first responders. What did reading The Red Lotus teach you about pandemics? Did it change how you think about COVID-19 and its aftermath? Why do you think stories about biological warfare and “new plagues” are so consistently scary?

10. How did you understand the motivation behind the creation of the “red lotus” pathogen? Do you think it was solely about money, or was there another reason so many doctors and scientists might have collaborated on something so dangerous?

11. THE RED LOTUS is Chris Bohjalian’s twentieth novel in a diverse body of work. If you’ve read any of his other books, what distinct qualities—of plot, character, theme, mood, and style—make them uniquely “Bohjalian”?

When the Stars Go Dark