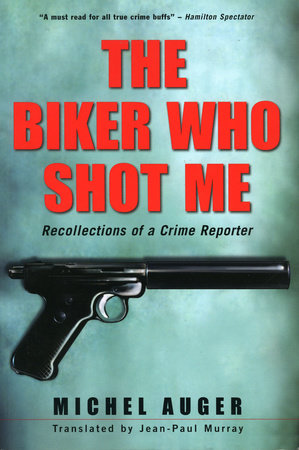 The Biker Who Shot Me

Recollections of a Crime Reporter

About The Biker Who Shot Me

On September 13, 2000, Michel Auger was walking away from his car in a parking lot across the street from the offices of Le Journal de Montréal when he was shot in the back six times. Miraculously, although at least one bullet lodged in his spine, no vital organs were damaged. Auger was on his feet again within weeks, and able to resume his normal life.

The practice of journalism is dangerous in many parts of the world. But in Canada? The idea that an assassin would attempt to take the life of a journalist because of something he wrote is almost unthinkable. Either a deadly new threat has appeared on the scene or Michel Auger has learned something that is truly dangerous to know. Or perhaps both propositions are true.

Michel Auger has been a crime reporter for some 30 years. He has covered mafia trials and corruption scandals, notorious murders and government inquiries. What he has seen and recorded has ranged from the sordid to the bizarre. He has interviewed notorious criminals, like Alvin "Creepy" Karpis, a member of the Ma Barker gang whose capture helped make J. Edgar Hoover’s name, and infamous Canadians, like the Montreal drug dealer Lucien Rivard, who escaped from Bordeaux jail while awaiting extradition to the United States. He has travelled to the Far East to see for himself where the drug trade begins, and to Sicily where he traced the origins of organized crime. Michel Auger’s knowledge of Canada’s underworld is as comprehensive as that of any reporter alive.

In recent years he has developed a particular interest in the criminal activities of biker gangs, especially the Hell’s Angels and their rivals, the Rock Machine. Without a doubt, it was his series of articles in the spring of 2000 about the growing links between the Angels and other criminal organizations that led to the attempt on his life. Both the threat to civil society posed by the Angels and Michel Auger’s knowledge of their affairs had become so great that violence was the natural outcome.

But, amazingly, Michel Auger survived the attempt on his life. In this frank, fascinating, and sometimes funny memoir, he tells about the bad guys he has known, the strange scenes he has witnessed, and above all, the true story of his deadly encounter with the bikers. 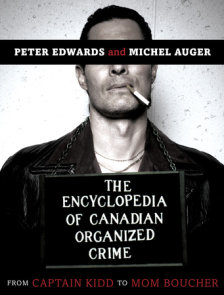 See all books by Michel Auger

Michel Auger is a reporter with Le Journal de Montréal. In 2000, he was shot in the back, probably by bikers, and wrote about it in The Biker Who Shot Me: Recollections of a Crime Reporter.

“A must read for all true crime buffs.”
–Hamilton Spectator

“Readers who follow the Canadian underworld scene won’t be disappointed. Auger provides firsthand anecdotes about his meetings with nearly every major and minor crime figure operating in Canada during the last 40 years.…[A] compelling narrative.”
–Quill & Quire

Looking for More Great Reads?
21 Books You’ve Been Meaning to Read
Download Hi Res
The Biker Who Shot Me

The Biker Who Shot Me