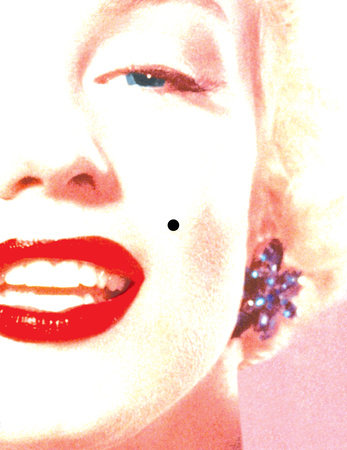 A Verse Novel of Marilyn Monroe

In a powerful novel in verse, an award-winning author offers an eye-opening look at the life of Marilyn Monroe.

From the day she was born into a troubled home to her reigning days as a Hollywood icon, Marilyn Monroe (née Norma Jeane Mortenson) lived a life that was often defined by others. Here, in a luminous poetic narrative, acclaimed author Carole Boston Weatherford tells Marilyn’s story in a way that restores her voice to its rightful place: center stage. Revisiting Marilyn’s often traumatic early life—foster homes, loneliness, sexual abuse, teen marriage—through a hard-won, meteoric rise to stardom that brought with it exploitation, pill dependency, and depression, the lyrical narrative continues through Marilyn’s famous performance at JFK’s birthday party, three months before her death. In a story at once riveting, moving, and unflinching, Carole Boston Weatherford tells a tale of extraordinary pain and moments of unexpected grace, gumption, and perseverance, as well as the inexorable power of pursuing one’s dreams. A beautifully designed volume. 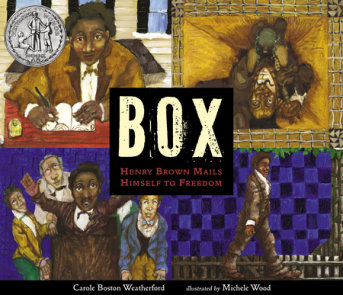 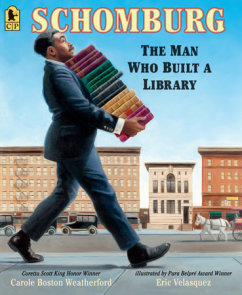 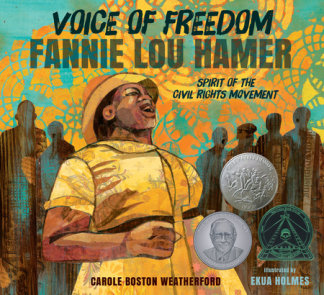 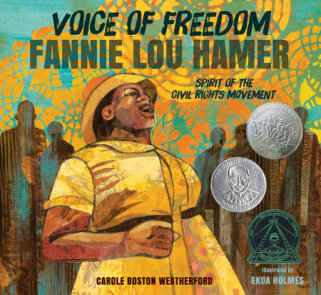 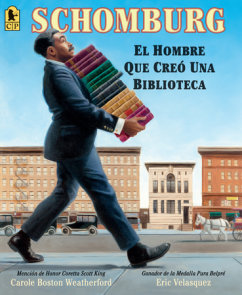 In a series of spare and precise first-person poems narrated by Norma Jeane, Weatherford captures her iconic contradictions and, by doing so, reveals traumas, professional successes, and moments of authentic joy. This searing, aching love poem to a widely known but often misunderstood icon will speak even to young readers who may not be familiar with her films. A window into a uniquely magnificent and terrifying life.
—Kirkus Reviews (starred review)

Grounded in verified historical details, Weatherford’s story conveys Monroe’s vulnerability as a young girl (then known as Norma Jeane Baker) who bounced between dysfunctional households until she married for the first time at 16…With images throughout and back matter that points readers to more information on Monroe, Weatherford’s lyrical ode humanizes a woman who was a living legend long before she became a tragic one.
—Shelf Awareness for Readers (starred review)

Weatherford’s intimate writing style will make readers feel like they’re accessing Marilyn’s private journals. The story is dedicated to anyone who has ever felt mistreated, disrespected, underestimated, or misunderstood, and will resonate with young adults…A highly enjoyable title recommended for reluctant readers and students intrigued by fame and stardom.
—School Library Journal

Though she has been dead for nearly 60, this biographical novel-in-verse attests to the continued fascination surrounding the Hollywood film star known as Marilyn Monroe…This psychologically nuanced biography portrays an intelligent, vulnerable woman who was profoundly troubled by a plethora of insecurities.
—School Library Connection

In fictionalized first-person free verse, Weatherford explores Marilyn’s career and her marriages but focuses, especially, on her difficult relationship with her mother and her unfulfilled longing for children of her own…this book, with its exquisite page design, meticulously incorporated research, and magnetic subject won’t lack in the slightest for readers.
—Booklist

The now-legendary story of Norma Jeane Mortenson’s transformation from a child craving parental love and stability into a typecast dumb blonde sex goddess spins out in in fictionalized first-person verse. As readers speed through the compact biographical musings, they are periodically confronted with passages of arresting sensitivity and insight…and verses shaped into a variety of poetic forms; nearly transparent photographs, to be in two color in the bound book, background the poems and provide atmosphere.
—Bulletin of the Center for Children’s Books

“Writing with poetic grace and raw candor, Carole Boston Weatherford creates a poignant story about love, longing, and the sorcery of beauty that will linger long after its cover is closed.”
—Candace Fleming, author of The Family Romanov, winner of the Los Angeles Times Book Prize

“Beauty Mark is a sensitive portrayal of a profoundly tragic life. Filled with unusual images of an intelligent yet stereotyped woman, this verse novel offers mature readers a glimpse of one of Hollywood’s most unique personalities.”
—Margarita Engle, Newbery Honor–winning author of The Surrender Tree and Young People’s Poet Laureate Emerita

“Was Marilyn Monroe a hardworking entrepreneur or an opportunistic seductress? Finally given voice by award-winning verse biographer Carole Boston Weatherford, Monroe guides us through the pivotal episodes of her life as if sharing snapshots from a photo album. This intimacy makes it painfully clear how the forgotten Norma Jeane Mortenson and the famous Marilyn Monroe were one and the same—from their first fearful night alone in an LA orphanage to their last fateful night alone in their LA home.”
—Allan Wolf, author of Who Killed Christopher Goodman?

“In Beauty Mark, Carole Boston Weatherford gives us the raw, heart-wrenching story of Marilyn Monroe. From a fatherless childhood filled with abandonment, foster homes, sexual abuse, failed marriages, and dependency, she traces Marilyn’s hard-won rise to Hollywood stardom. A gem of a biographical novel that celebrates through Weatherford’s lyrical verse one woman’s determination to find and be herself.”
—Larry Dane Brimner, Sibert Medal–winning author of Twelve Days in May