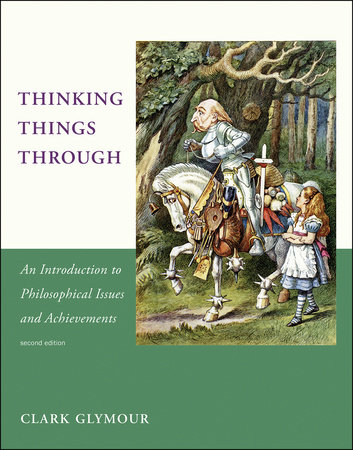 An Introduction to Philosophical Issues and Achievements

About Thinking Things Through, second edition

The second edition of a unique introductory text, offering an account of the logical tradition in philosophy and its influence on contemporary scientific disciplines.

Thinking Things Through offers a broad, historical, and rigorous introduction to the logical tradition in philosophy and its contemporary significance. It is unique among introductory philosophy texts in that it considers both the historical development and modern fruition of a few central questions. It traces the influence of philosophical ideas and arguments on modern logic, statistics, decision theory, computer science, cognitive science, and public policy. The text offers an account of the history of speculation and argument, and the development of theories of deductive and probabilistic reasoning. It considers whether and how new knowledge of the world is possible at all, investigates rational decision making and causality, explores the nature of mind, and considers ethical theories. Suggestions for reading, both historical and contemporary, accompany most chapters.

This second edition includes four new chapters, on decision theory and causal relations, moral and political theories, “moral tools” such as game theory and voting theory, and ethical theories and their relation to real-world issues. Examples have been updated throughout, and some new material has been added. It is suitable for use in advanced undergraduate and beginning graduate classes in philosophy, and as an ancillary text for students in computer science and the natural sciences.