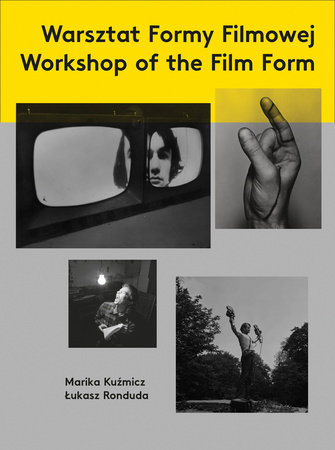 Workshop of the Film Form

About Workshop of the Film Form

Workshop of the Film Form provides an in-depth overview of the achievements of Warsztat Formy Filmowej (WWF; Workshop of the Film Form), a group of avant-garde artists who were working at the Leon Schiller National Higher School of Film, Television and Theatre in Lodz, Poland, between 1970 and 1977. WWF was founded by the students and graduates of the school, now known as the National Film School, and included: Wojciech Bruszewski, Paweł Kwiek, Andrzej Różycki, Józef Robakowski, Zbigniew Rybczyński, Kazimierz Bendkowski, Antoni Mikołajczyk, Janusz Połom, and Ryszard Waśko. As pioneers of video art in Poland and structural cinema in Central and Eastern Europe, the artists refused classical narrative and traditional film media, working instead somewhere between cinematography and contemporary art.

This publication examines all aspects of WFF’s activity, from their films, photographic experiments, video art, and performative actions to their teaching work, which includes previously unexplored pedagogical contributions to the National Film School. Drawing on the private archives and oral testimonies of the WWF, Workshop of the Film Form attempts to provide a full account of the group’s history as well as a comprehensive survey of each member’s practice. The writers who were invited to respond to the WWF for this book provide insightful new readings of the group’s output and activities, contextualizing their work in the history of the prewar Polish avant-garde and the politics of experimental filmmaking in Poland under the rule of the Polish United Workers’ Party (PZPR).

Workshop of the Film Form