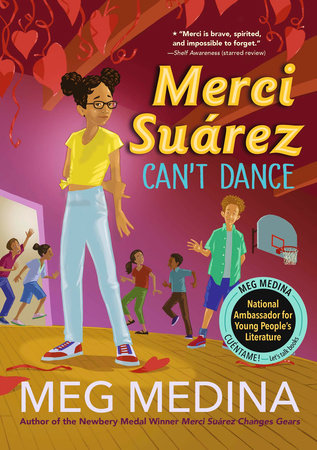 A Kirkus Reviews Most Anticipated Book of 2021
In Meg Medina’s follow-up to her Newbery Medal–winning novel, Merci takes on seventh grade, with all its travails of friendship, family, love—and finding your rhythm.

Seventh grade is going to be a real trial for Merci Suárez. For science she’s got no-nonsense Mr. Ellis, who expects her to be a smart as her brother, Roli. She’s been assigned to co-manage the tiny school store with Wilson Bellevue, a boy she barely knows, but whom she might actually like. And she’s tangling again with classmate Edna Santos, who is bossier and more obnoxious than ever now that she is in charge of the annual Heart Ball.

One thing is for sure, though: Merci Suárez can’t dance—not at the Heart Ball or anywhere else. Dancing makes her almost as queasy as love does, especially now that Tía Inés, her merengue-teaching aunt, has a new man in her life. Unfortunately, Merci can’t seem to avoid love or dance for very long. She used to talk about everything with her grandfather, Lolo, but with his Alzheimer’s getting worse each day, whom can she trust to help her make sense of all the new things happening in her life? The Suárez family is back in a touching, funny story about growing up and discovering love’s many forms, including how we learn to love and believe in ourselves. 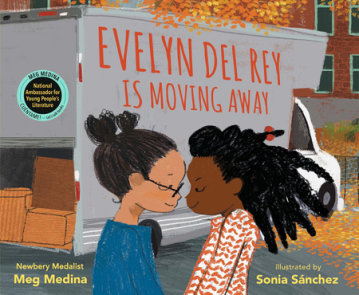 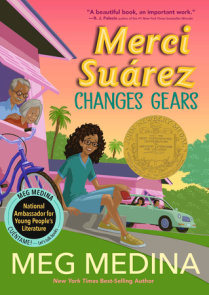 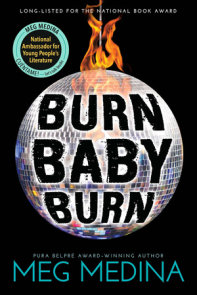 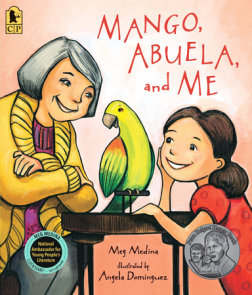 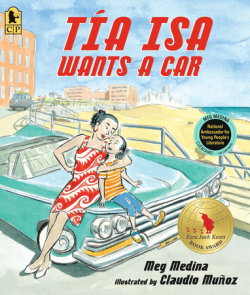 See all books by Meg Medina

Racing the Past
Sis Deans

Olivia Kidney Stops for No One
Ellen Potter

Gustav Gloom and the Inn of Shadows #5
Adam-Troy Castro

Everything I Know About You
Barbara Dee

Yang the Third and Her Impossible Family
Lensey Namioka

Stirring It Up! #1
Diane Muldrow

The Underland Chronicles Book Four: Gregor and the Marks of Secret
Suzanne Collins 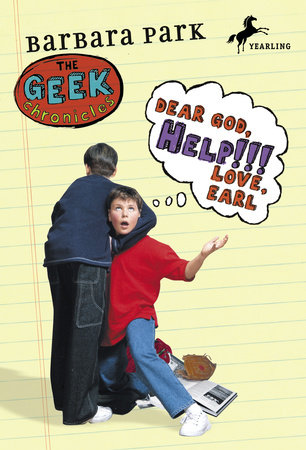 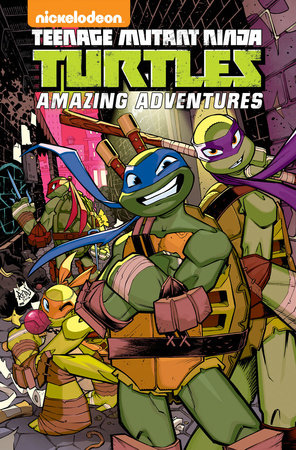 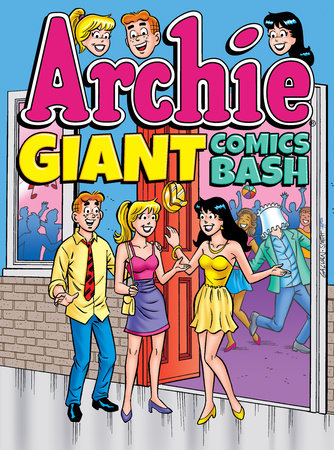 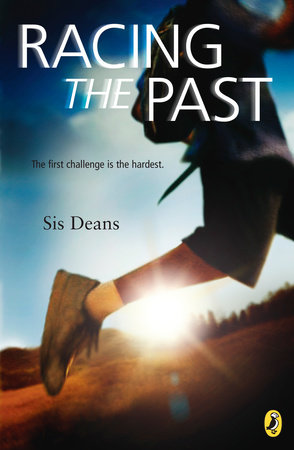 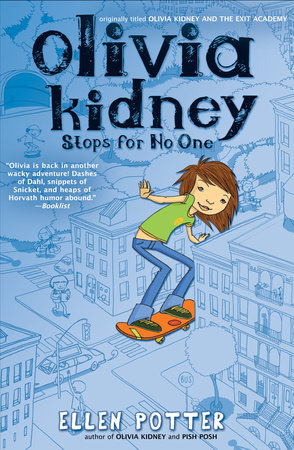 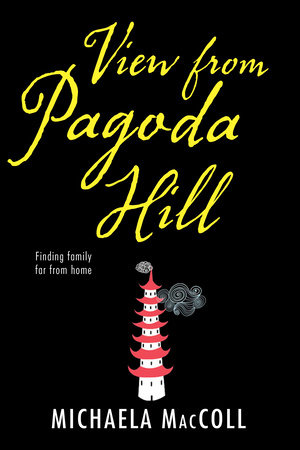 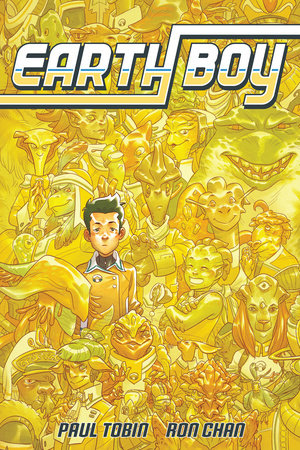 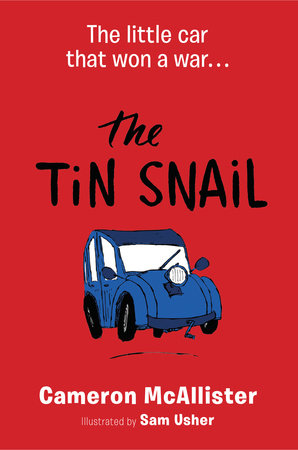 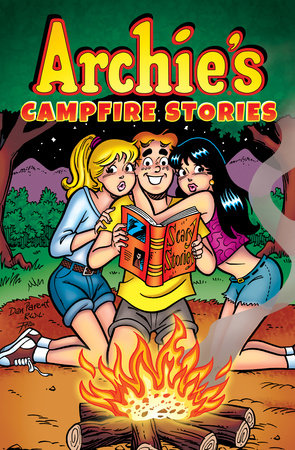 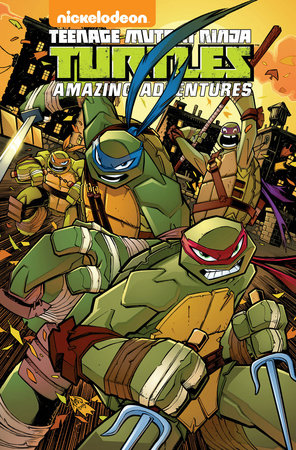 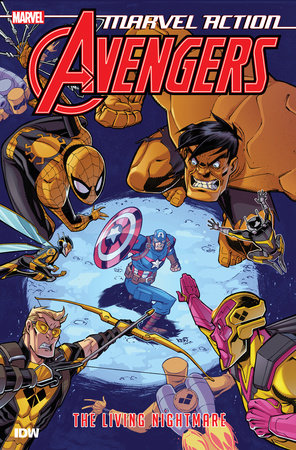 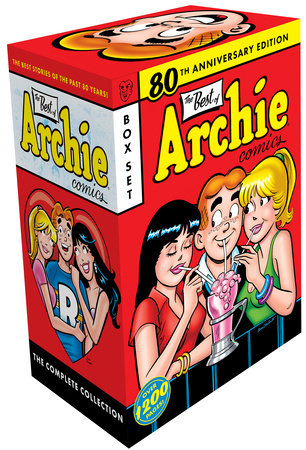 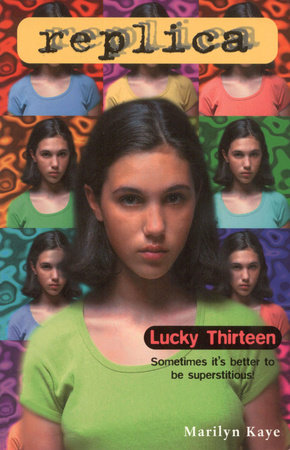 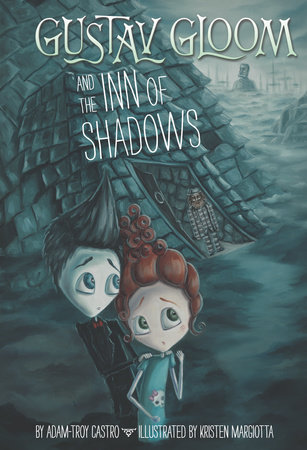 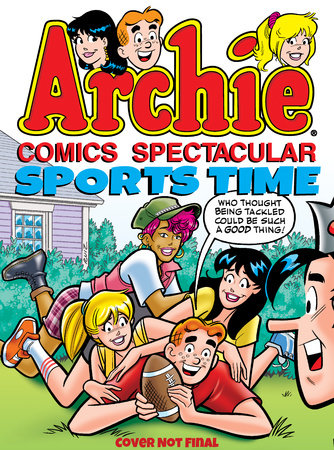 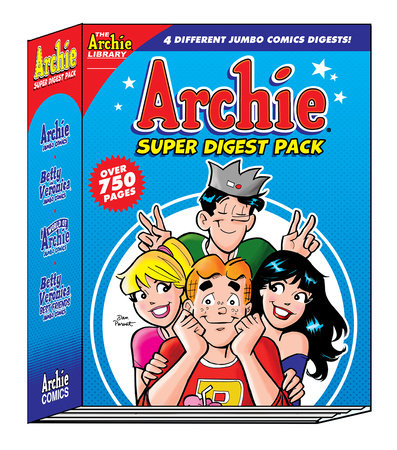 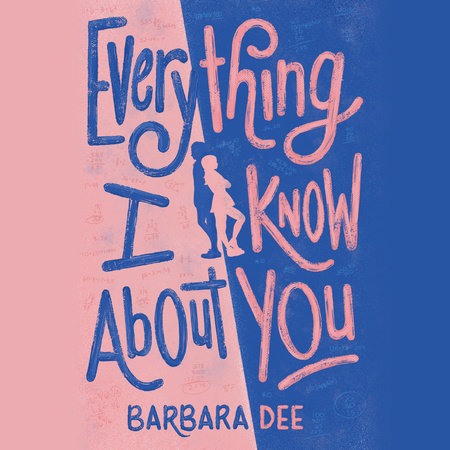 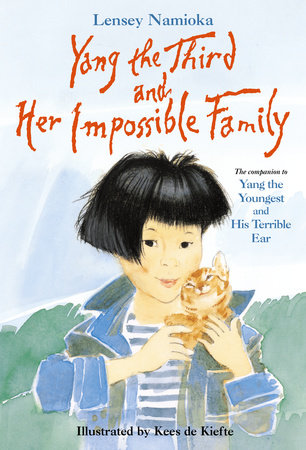 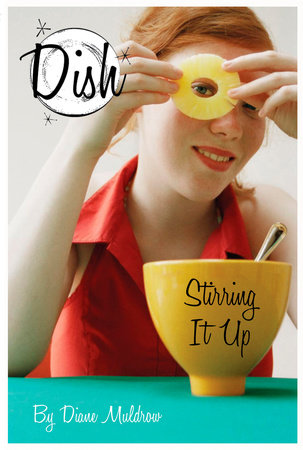 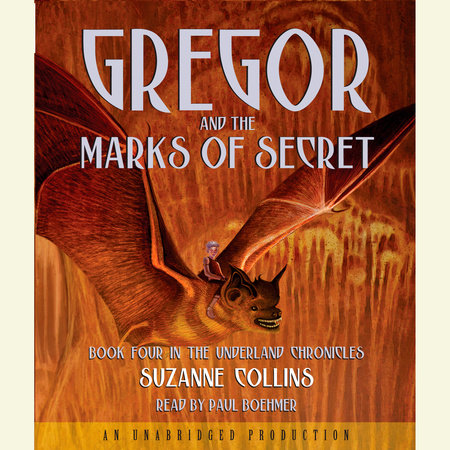 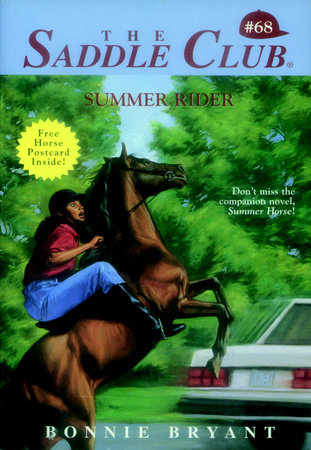 Merci returns for another year of challenges and triumphs at home and at Seaward Pines Academy…Merci’s maturity and growth are as engaging and compelling as they were in the author’s Newbery Medal winner, Merci Suárez Changes Gears (2018). The cast is broadly diverse; Merci and her family are Cuban American, Edna is Dominican, and Creole and Cajun Wilson has a physical disability. An uplifting sequel told with heart and humor.
—Kirkus Reviews (starred review)

In this sequel to the Newbery-winning Merci Suárez Changes Gears (2018), 12-year-old Merci takes on growing responsibilities both within her family and as a seventh-grader…Filled with the familiar, laugh-out-loud humor from the first title, this sequel will quickly pull readers, both returning and new, into Merci’s world… Fans of Merci will root for her as they are immersed in her vibrant world full of unique characters and heartfelt surprises.
—Booklist (starred review)

Newbery Medalist Medina artfully chronicles another year of highs and lows in the life of Cuban American middle schooler Merci Suárez via this winning sequel to Merci Suárez Changes Gears. . . Medina continues to build on the stellar character work of the first book, balancing laugh-out-loud one-liners (“Buy a Heart Ball ticket if you have absolutely nothing better to do in this sad life”) with vulnerability. . . This is a sequel of the finest quality, perfectly capturing the feelings of awkward first crushes (“Did he say I look nice? Or did he say I look like a rodent? I can’t decide”) and evolving friendships.
—Publishers Weekly (starred review)

Meg Medina is the author I studied, and still study, to learn how to write for children. Her ear is impeccable; the way she captures not only dialogue but also communicates adolescent feelings without being condescending nor pitching extra soft softballs. Few people get the balance of writing about and for teens right.
—Elizabeth Acevedo, New York Times bestselling author


Now in seventh grade, Merci Suárez finds that a new school year means new responsibilities and challenges. . .The struggles with friendships, responsibility, school, crushes, and jealousy that Merci and her friends face will strike a chord with many readers. . .The plot moves along at a consistent and page-turning pace, and as usual Medina’s characters are excellently written and developed. Medina also touches on racism and how shared cultural heritage can bring people together unexpectedly. . . Fans of Merci Suárez Changes Gears will love watching how Merci and those around her grow. This sequel doesn’t disappoint and is an essential purchase for all collections.
—School Library Journal

Merci continues to be a vivid and dimensional character, strong-minded and capable but also believably twelve (her mother asks the inevitable question “What’s wrong with you these days?”) and credibly nervous about moving out of her comfort zone. . . . The book is dedicated to “Merci fans who wanted to know what happened next,” and hopefully there are more volumes of “next” to come for sparky Merci.
—Bulletin of the Center for Children’s Books

In ‘Merci Suárez Can’t Dance’ (Candlewick, 384 pages, $17.99), life for Merci hasn’t changed much on the outside, but inside things are astir. . . . This novel, like the first, makes a point of modeling a strong and loving family life for readers ages 9-13. People in the Suárez households work hard, help one another and defer gratification.
—The Wall Street Journal

This is a heartwarming book about a beautiful family and a young girl trying to make sense of middle grade.
—Book Riot