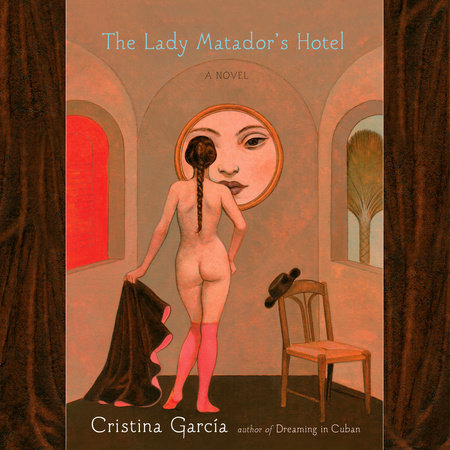 About The Lady Matador’s Hotel

The lives of six men and women converge over the course of one week.

There is a Japanese-Mexican-American matadora in town for a bull-fighting competition; an ex-guerrilla now working as a waitress in the hotel coffee shop; a Korean manufacturer with an underage mistress ensconced in the honeymoon suite; an international adoption lawyer of German descent; a colonel who committed atrocities during his country’s long civil war; and a Cuban poet who has come with his American wife to adopt a local infant. With each day, their lives become further entangled, resulting in the unexpected—the clash of histories and the pull of revenge and desire.

Cristina García’s magnificent orchestration of politics, the intimacies of daily life, and the frailty of human nature unfolds in a moving, ambitious, often comic, and unforgettable tale.

Listen to a sample from The Lady Matador’s Hotel