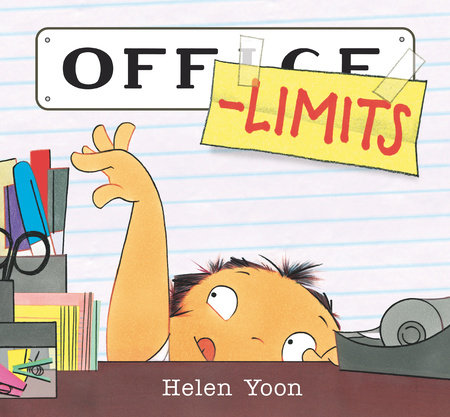 For every child who has ever felt that grown-ups have all the fun, here is a vicarious chance to slip behind the office door—and play with all the tempting things that are off-limits.

Dad’s office is off-limits—which only makes it more intriguing to his curious young daughter. As soon as she sees an opening, she sneaks in to have a look around. After all, there’s no harm in just looking, right? What she discovers is a magical wonderland of sticky tape, paper clips that make glorious strands, and a kaleidoscopic array of sticky notes. Who could possibly resist playing with those? In a joyful ode to office supplies, Helen Yoon leads a celebration of just-for-once breaking the rules—and offers a final, funny nod to adults who harbor a similar urge. 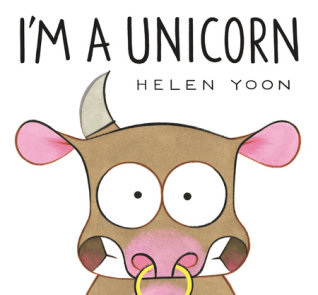 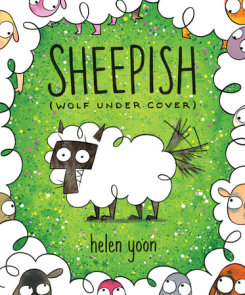 See all books by Helen Yoon

This delightful story incorporates the wistful dreams of both parent and child alike, especially in the current WFH reality. . . dynamic visuals and playful textual placement will captivate the attention of a range of readers. . . a humorous and accessible story for young readers.
—School Library Journal (starred review)

Yoon (Ball & Balloon, rev. 9/19) uses the drama of the page-turn beautifully, typography is employed creatively, and the book is perfectly paced. . . . Open the door to this spectacular book and run in.
—The Horn Book (starred review)

Yoon’s digital art is a riot of movement and color. . . For many families, the home office/classroom has become a staple in the house this past year, and this is a lovely reminder that it doesn’t have to always be used for work and no play.
—The Bulletin of the Center for Children’s Books

Yoon reveals the fun behind closed doors in this comedic, well-designed picture book. . . . A combination of stark angles and rounded cartoonish positions energize mixed-media illustrations in this exemplar of childlike curiosity that, with a tender end-of-book reversal, also reinforces the importance of parent-child play.
—Publishers Weekly

Timely and familiar, an endlessly charming ode to imagination and enjoying guilty pleasures for the preschool set.
—Kirkus Reviews

The first picture of the orderly office in shades of gray contrasts sharply with its later appearance, wildly chaotic and joyously overdecorated. . . An amusing, original picture book.
—Booklist

Helen Yoon’s exuberant illustrations are hilarious; little ones will laugh at the surprise ending.
—The Buffalo News

This book would make for a marvelous deep dive study into what it is that makes picture books fun for kids. Mischief, sure, but also design, timing, good writing, fun characterizations, and an ending that sticks the landing. It reads aloud better than any other picture book I’ve encountered this year and you can read it over and over and notice something new each time you do.
—A Fuse #8 Production

What Yoon does here with color, shapes, perspective, and pacing, as the chaos builds, is brilliant. . . . Immensely satisfying.
—Seven Impossible Things Before Breakfast