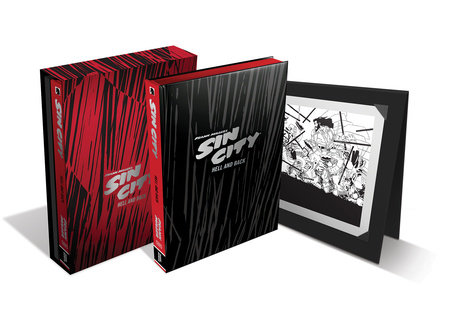 Experience the biggest, baddest yarn the signature noir series has to offer in this oversized and slipcased hardcover that includes a portfolio and exclusive print.

Wallace was living a pretty simple life, a good guy, an artist, trying to make his way but not willing to sacrifice his principles to do it. Then, he meets Ester. He saves her from trying to take her own life, and falls in love. But before she can explain her reasons, she’s taken, kidnapped by a shadowy cabal up to serious no good. Luckily there’s more to Wallace than goodness. He isn’t the kind to lose his head, he’s really good at killing people. And he’ll kill anyone that needs killing if it gets him closer to finding Ester again. He’s going to hell . . . and back.

Frank Miller’s return to his comic opus graphic novel series continues with the luxury edition of Volume 7 Hell and Back. High-end materials and finishes, and iconic textures from the series detail this luxury package, bringing the blood-soaked burg to life! Housed in a cloth-covered slipcase with foil stamping and printing is an oversized hardcover featuring a soft-touch matte finish with spot gloss and foil stamping. The slipcase includes a matching portfolio featuring a deluxe print of new artwork by Frank Miller. This edition does include twenty-three pages of covers and pinups from previous editions, featuring art from Eduardo Barreto, Brian Bolland, Geof Darrow, Gary Gianni, Paul Grist, R. C. Harvey, Russ Heath, Gil Kane, Jason Pearson, and Matt Wagner.

As an added bonus, each volume’s slipcase has a different letter from the logo, placed on the front cover in such a way that alone it looks like a splash of red wrapping around the slipcase. But when all seven volumes are together it is clear that the grouping spells out “Sin City.”

Discerning fans and new readers can experience the final volume of the crime noir in the deluxe edition to beat all others . . . to a bloody pulp! 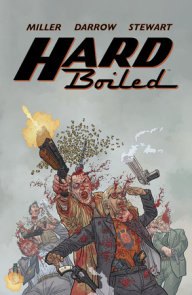 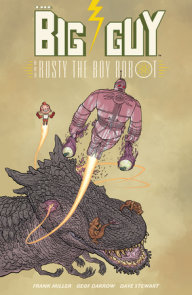 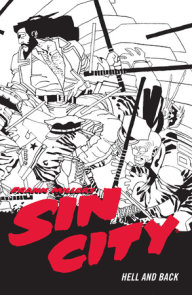 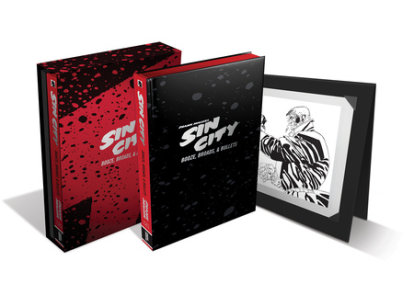 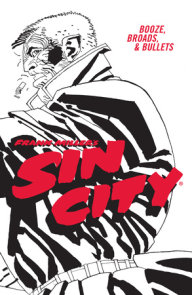 See all books by Frank Miller

Frank Miller began his career in comics in the late 1970s, first drawing then writing Daredevil for Marvel Comics, creating what was essentially a crime comic disguised as a superhero book. It was on Daredevil that Miller gained notoriety, honed… More about Frank Miller