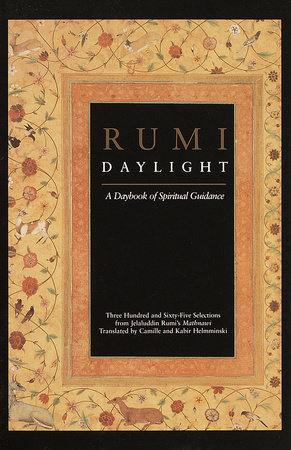 A Daybook of Spiritual Guidance

The spiritual influence of Jelaluddin Rumi (1207-1273) is increasing among people of diverse beliefs throughout the western world. Rumi is now recognized here in the West, as he has been for seven centuries in the Middle East and Western Asia, as one of the greatest literary and spiritual figures of all time. Rumi is a spokesman for the religion of love in the language of the heart.

Recent translations of Rumi’s work have brought forth a variety of different qualities, exploring the subtlety, grace, and electricity of his verse. This book presents his spiritual teachings concisely and comprehensively, in a translation that touches heart and mind.

The Mathnawi, from which these selections have been taken, is one of the greatest spiritual masterpieces ever written. Its content includes the full spectrum of life on earth, as well as the vertical dimension to the highest levels of metaphysics and cosmic awareness. 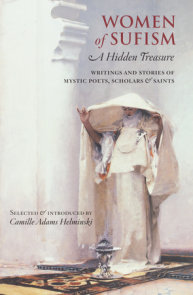 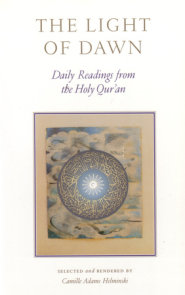 Camille Adams Helminski is cofounder and codirector of the Threshold Society in Aptos, California, an educational foundation in the Mevlevi tradition based on the teachings of Rumi. She was the first women to translate a substantial portion of the Qur’an… More about Camille Adams Helminski