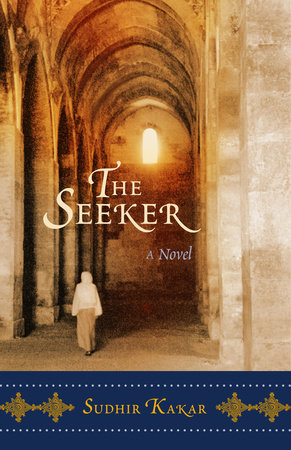 It is 1925 and India’s struggle for independence is in disarray, impeded by factionalism among its leaders and rising incidents of unrest across the country. Meanwhile, having withdrawn himself from active politics, Mahatma Gandhi is in an ashram immersed in what he considers the most important undertaking of his life—the creation of a community that is wholly dedicated to the highest standards of self-discipline, tolerance, and austerity.

Into this world comes a young British woman named Madeline, the daughter of a British admiral. Madeline has set her heart on becoming Gandhi’s greatest disciple. Madeline’s wish to serve him soon becomes an all-consuming desire to be near him at all times. Because her adoration of the great teacher is in direct conflict with his exacting moral and spiritual codes, Gandhi struggles with wanting to distance himself from her, yet wanting not to let go of her love and friendship.

Using words preserved in their letters and diaries, and drawing on the reminiscences of others, the author has created a compelling fictional narrative based on the extraordinary friendship that lasted over two decades between these two people.

To learn more about the author, Sudhir Kakar, go to www.sudhirkakar.com.

“Skillful manipulation of time enables Sudhir Kakar to reclaim a space between history and imagination. A beautifully written novel.”—The Telegraph

“This heroic master [Gandhi] became at the same time a political myth, a spiritual icon, and a real man, an astonishing mix of fragility and determination, greatness and oddness. It is this intimate Gandhi which sets the scene for this magnificent work by Sudhir Kakar, one of the principal figures in contemporary Indian thought and . . . a novelist of repute.”—Le Monde

“A brilliantly woven narrative, with facts as the warp and imagination as the weft. . . . Kakar’s is a marvelous effort to peel away the layers surrounding Gandhi.”—The Hindu

“Not only brilliantly researched but also grippingly narrated. With his third novel, he has established a unique niche for himself in the world of Indian English fiction.”—India Today

"Sudhir Kakar’s novel The Seeker is a seamless tapestry of the real and the invented that succeeds on many levels at once. Upon the underpinnings of history he has erected a moving tale of the uncertain territory that lies between love and devotion."—Keith Heller, author of The Woman Who Knew Gandhi