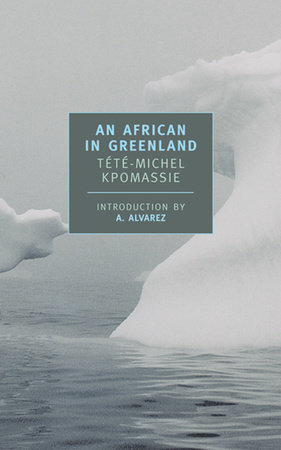 An African in Greenland

By Tété-Michel Kpomassie
Introduction by A. Alvarez
Translated by James Kirkup

By Tété-Michel Kpomassie
Introduction by A. Alvarez
Translated by James Kirkup

About An African in Greenland

Tété-Michel Kpomassie was a teenager in Togo when he discovered a book about Greenland—and knew that he must go there. Working his way north over nearly a decade, Kpomassie finally arrived in the country of his dreams. This brilliantly observed and superbly entertaining record of his adventures among the Inuit is a testament both to the wonderful strangeness of the human species and to the surprising sympathies that bind us all.

Born in Togo, Kpomassie subsequently left his native Africa and traveled to the north of Greenland in a journey that lasted ten years. An African in Greenland, an autobiography that chronicles his journey, was awarded the Prix Littéraire Francophone International… More about Tété-Michel Kpomassie

“It has something of Candide, with its intrepid hero practising fearless reverse ethnology. It has something of Kafka’s Amerika, with its love of the inconsequential, and its mixture of sweet reason and surprise. . . . Kpomassie is a writer of enviable and maybe indispensable amiability and serenity.” —Michael Hofmann, London Review of Books

“Was there ever an odyssey like this one, from the palm forests of Togoland, in Western Africa, to the remote jumble of silence and ice of northern Greenland? It is a long way in miles, but even longer in resilience, adventurous persistence and uncanny charm. . . . Kpomassie’s book contains a catalogue of his impressions, combined with striking passages of fine writing. The result is the curious double perspective of a naïve visitor, combined with the controlled distance of a writer.” —Paul Zweig, The New York Times Book Review

“Kpomassie is indisputably a man of extraordinary charm; he is also sharp and perceptive and honest—unencumbered by a sense of obligation to his hosts that might have prevented him from telling us what they are really like. His honesty, while occasionally brutal, in the end serves the Greenlanders well: he pays them the compliment of showing them as they are.” —Katherine Bouton, The Nation

“As a teenager in Togo, Tete-Michel Kpomassie dreamt of traveling to Greenland after first reading about the Arctic remote territory in a book. It took Kpomassie eight years and a few trips throughout Africa and Europe, but he landed on those frigid shore in the 1960s. By chronicling the Inuits’ lifestyles, already changing by colonialism, Kpomassie puts two non-Western perspectives in conversation.” —Elena Nicolaou, Oprah Magazine

“This is a classic work of anthropology written by a person who is clearly and nonchalantly brilliant, picking up foreign languages the way other people pick up dirty socks, and deploying words like ‘bodkin’ and ‘calcined’ in throwaway sentences.” —Molly Young, Vulture

“It is, as it sounds, the strangest travel book ever written. One can only imagine how the appearance of this tall, very black young African struck the Eskimos of Greenland’s tiny, isolated settlements. Kpomassie caries the whole thing off brilliantly. Open-minded, self-assured, adaptable, acutely observant, and obviously very personable, he is the perfect guide to the Eskimos and what was left of their culture in the mid-1960s. There is no trace of cultural condescension in him. He has a sort of prelapsarian innocence that gives the book great charm. . . . Kpomassie falls deeply in love with the Eskimos and their land, thereby accomplishing what must surely be the most astounding act of cultural assimilation in all of human history. . . . An African in Greenland is a fascinating book, and I could write about it all day. It would, of course, be more economical of your time to just get a copy and read it for yourself, which I urge you to do. . . . What a wonderful book, to make a person think so much!” —John Derbyshire, The New Criterion

“Kpomassie’s only formal education consisted of six years of elementary school, but An African in Greenland reveals him to be a natural-born anthropologist. The book alternates insights on the maintenance of incest taboos in the close quarters of the shared Inuit bed, or on the complicated nature of the six-part Inuit soul, with more pragmatic notes. . . . The book is also a whopping good adventure yarn.” —Matt Steinglass, The Boston Globe

An African in Greenland