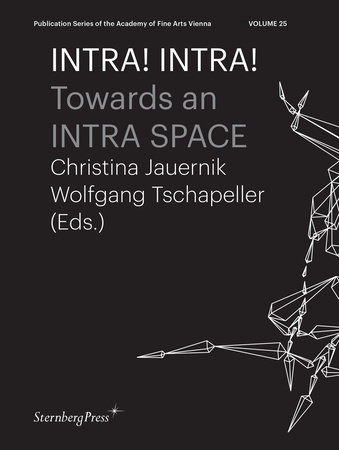 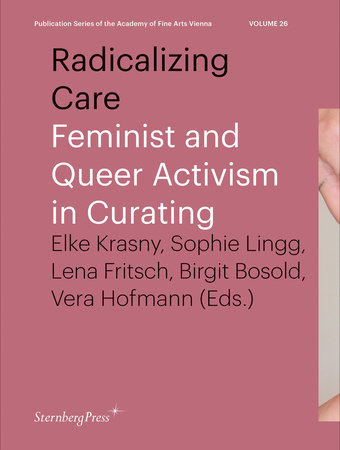 What happens when feminist and queer care ethics are put into curating practice? What happens when the notion of care based on the politics of relatedness, interdependence, reciprocity, and response-ability informs the practices of curating? Delivered through critical theoretical essays, practice-informed case studies, and manifestos, the essays in this book offer insights from diverse contexts and geographies.

These texts examine a year-long program dedicated to women, lesbians, and people of non-binary, trans, and inter experience at Schwules Museum Berlin; the formation of the Queer Trans Intersex People of Colour Narratives Collective in Brighton; Métis Kitchen Table Talks, organized around indigenous knowledge practices in Canada; complex navigations of motherhood and censorship in China; the rethinking of institutions together with First Nations artists in Melbourne; the reanimation of collectivity in immigrant and diasporic contexts in welfare state spaces in Vienna and Stockholm; struggles against Japanese vagina censorship; and an imagined museum of care for Rojava. Strategies include cripping and decolonizing as well as emergent forms of digital caring labor, including curating, hacking, and organizing online drag parties for pandemic times.

Thinkers revisit INTRA SPACE, an artistic research project that experiments with the substances, constructions, and manifestations of our bodies.

INTRA! INTRA! calls a variety of thinkers to revisit INTRA SPACE, an artistic research project that experiments with the substances, constructions, and manifestations of our bodies in the unchartered architectural waters of the near future. INTRA SPACE is a spatial, biological, technical, and conceptual infrastructure for shared encounters with Carla, Dame (maybe Vivienne), Bob, Old Man and friends. INTRA SPACE is an experimental zone, set up to explore diaphanous relations between engineered virtual figures, humans, technical equipment, and machines.

Lingering between cameras, eyes, screens, mirrors, and images of selves, this book is full of movement and flicker, of decreation, of dwelling at the periphery of someone else’s vision, of resolutions beyond the eye/I. Strange encounters act as springboards to unforeseen turns and perspectives. INTRA SPACE is the subject of this book, opening an arena for the companions and guests who walked in and out of this space in conversation with us. 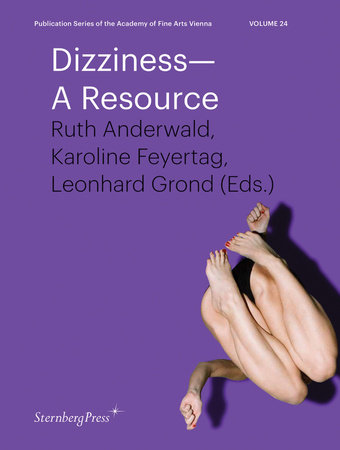 Dizziness is more than feeling dizzy. In this multidisciplinary reader, artists, philosophers, and researchers from a range of experimental sciences and cultural studies trace dizziness not only as a phenomenon of sensory input impacting our vestibular system, but also as a twofold phenomenon of “sense”—creating meaning and triggering emotions. It is an interdependence of sense and sensing, of cultural constructs and sensuality, of somatic and cognitive knowledge, that can only be conceived of as a complex relation of both formation and dissolution, habituations and transformations, pertaining to our shared reality and our individual experiences. This is further reflected in the programmatic claim that states of dizziness can be seen as a resource.co-published with Academy of Fine Arts ViennaContributors
Ruth Anderwald, Mathias Benedek, Oliver A. I. Botar, Katrin Bucher Trantow, Davide Deriu, Karoline Feyertag, Leonhard Grond, François Jullien, Sarah Kolb, Rebekka Ladewig, Jarosław Lubiak, Alice Pechriggl, Oliver Ressler, Maya M. Shmailov, Maria Spindler, Marcus Steinweg 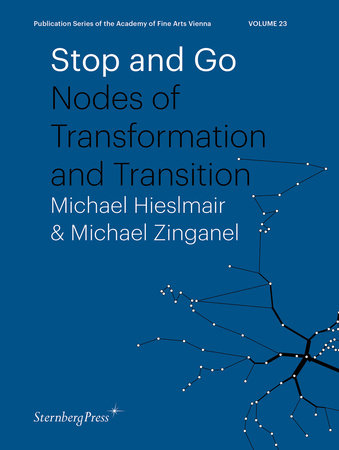 Buy From
Stop and Go

Investigations of people in transit across the informal hubs, terminals, and nodes that crisscross Eastern Europe and Vienna.Stop and Go is a research project by architect and artist Michael Hieslmair and cultural historian Michael Zinganel that focuses on the transformation of the informal hubs, terminals, and nodes along Pan-European transport corridors in Eastern Europe and Vienna. Following the fall of the Iron Curtain and the expansion of the EU, the need to improve infrastructure and develop faster connections between places affected the public realm at the margins and even in the center of cities. Stop and Go investigates the people in transit across these transnational networks with descriptive text, images, and maps. 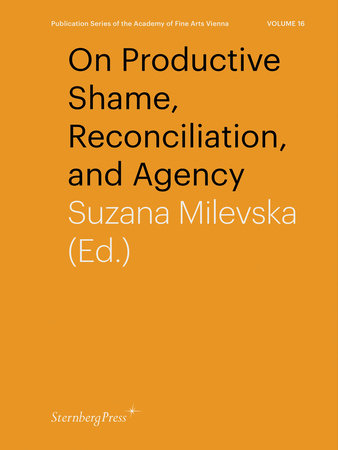 Buy From
On Productive Shame, Reconciliation, and Agency

On Productive Shame, Reconciliation, and Agency prompts a unique crossdisciplinary inquiry into the productive potential of the affect of shame. This book contests the ontological understanding of shame and the psychoanalytical interpretation of it based on personal traumatic experiences linked to lack, loss, memory repression, and absence. Rather, the book builds on complex issues (initially proposed by Paul Gilroy) that concern the coming to terms with a grim colonial and imperial past: How can one deal with the personal and collective memories of “paralyzing guilt” after dreadful atrocities and genocides? How can such negative experiences be transformed into “productive shame” (not only for the perpetrators but also for the victims and witnesses)? This collection of essays, discussions, and interviews reflects on the intersection of the historicity, materiality, and structures behind culturally constructed race and racism, anti-Semitism, anti-Romaism, and queer shame across different disciplines, fields, and theories (for example, in philosophy, art and art history, visual culture, architecture, curating, postcolonial history, gender and queer studies). Various case studies and artistic projects employing collaborative and participatory research methods are analyzed as practices that empower the process of turning shame into productive agency. The ensuing role of productive shame is to prevent the recurrence of the institutional structures, patterns, and events that are responsible and constitutive of racism, and has been contextualized in recent debates on political responsibility and reconciliation in Europe and Africa.Contributors
Tal Adler, Eva Blimlinger, Andrea B. Braidt, Jasmina Cibic, Das Kollektiv, Zsuzsi Flohr, Eduard Freudmann, Tímea Junghaus, Jakob Krameritsch, Jean-Paul Martinon, Suzana Milevska, Helge Mooshammer, Peter Mörtenböck, Trevor Ngwane, Karin Schneider, Primrose Sonti, Gayatri Chakravorty Spivak, Working Group Four Faces of OmarskaPublication Series of the Academy of Fine Arts Vienna, vol. 16 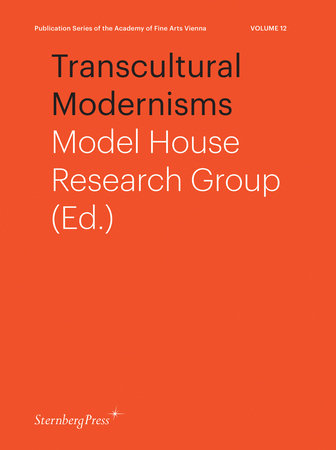 Based on the findings of an interdisciplinary research project, Transcultural Modernisms maps out the network of encounters, transnational influences, and local appropriations of an architectural modernity manifested in various ways in housing projects in India, Israel, Morocco, and China. Three case studies, realized in the era of decolonization, form a basis for the project, which further investigates specific social relations and the transcultural character of building discourses at the height of modernism. Rather than building on the notion of modernism as having moved from the North to the South—or from the West to the rest of the world—the emphasis in Transcultural Modernisms is on the exchanges and interrelations among international and local actors and concepts, a perspective in which “modernity” is not passively received, but is a concept in circulation, moving in several different directions at once, subject to constant renegotiation and reinterpretation. In this book, modernism is not presented as a universalist and/or European project, but as marked by cultural transfers and their global localization and translation.Publication series of the Academy of Fine Arts Vienna, vol. 12Contributors
Fahim Amir, Zvi Efrat, Eva Egermann, Nádia Farage, Gabu Heindl, Moira Hille, Rob Imrie, Monica Juneja, Christian Kravagna, Christina Linortner, Duanfang Lu, Marion von Osten, Anoma Pieris, Vikramāditya Prakāsh, Susan Schweik, Felicity D. Scott, Chunlan Zhao