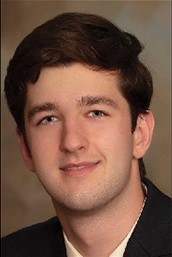 An Argument for the Right to Read

In his coming-of-age novel The Adventures of Huckleberry Finn, Mark Twain’s titular character tells the story of his flight from his alcoholic father, his journey down the Mississippi River with an escaped slave named Jim, and their misadventures along the way. Many people find this novel offensive due to its themes of racism and immorality and the two hundred thirteen appearances of the word “n—-r.” The book’s opponents believe that it should be banned in schools because of the nature of its content, claiming that it is inappropriate for public consumption. They believe that the novel supports the ideologies which it clearly sets out to condemn, if not directly then through biting satire. Those who suggest that Mark Twain’s The Adventures of Huckleberry Finn be banned fail to realize that while it describes immoral characters and despicable actions, the book offers warnings against racism and cruelty and remains protected under Mark Twain’s right to free speech.

While Twain’s novel contains myriad examples of reprehensible moral wrongs, the novel itself is no more evil than any other. A book cannot in itself be evil. It may describe evil actions or despicable characters, but those traits do not mean that the book is intrinsically wrong or that it should not be read. Twain’s novel is the same. The fact of slavery therein and the way people treat Jim and the other slaves are plainly disgusting and wrong, but reading about these atrocities informs and fortifies against the repetition of an evil past. Novels such as Heart of Darkness, Brave New World, and The Adventures of Huckleberry Finn serve as statements against the evils residing within them. Not Conrad nor Twain nor Huxley sought to encourage the imperialist, racist, and hedonistic social structures described within their works. Huck criticizes the duke and the king for selling off Jim, describing how horrible it is of them to “serve Jim such a trick as that, and make him a slave again all his life, and amongst strangers, for forty dirty dollars” (223; ch. 31). Moreover, the idea that a novel could be banned based solely on the moral qualities of its content is absurd. If the morality of a book’s characters is a reasonable criterion by which people can decide to ban the book, the Bible would be the first to go. While few would argue that the Bible is an immoral book in itself, it contains war, murder, adultery, betrayal, and slavery. Surely such a book cannot be allowed if the morality of its characters is on trial. Twain’s novel criticizes the immorality it describes, and thus the book itself is morally good, however despicable its characters or their words may be.

Even as Twain depicts the fallen state of the pre-Civil War United States, he tells the story of a young boy who grows astronomically throughout his journey and of an African-American man who is the most beautifully human person in a society where African-Americans are treated as less than human. Huck begins the novel as a naïve, gullible, prejudiced young Missouri hick; but during his journey, he begins to realize the importance of treating all people equally because he practically becomes the son of Jim, a man who is treated as less than such because of the color of his skin. Jim says to Huck, “You’s de bes’ fren’ Jim’s ever had; en you’s de only fren’ ole Jim’s got now” (100; ch. 16), showing how close the two have become and the care that Jim feels for his young charge. Huck also becomes more independent from abhorrently tasteless little devils such as Tom Sawyer, who would turn the world on its head for a joke. When Tom makes absurd plans, a frustrated Huck says, “Tom, fix it your own way” (252; ch. 35), tiring of Tom’s extravagant plans for freeing Jim. These changes in Huck’s behavior show moral improvement, and they speak out for the quality and teachability of this novel. Huck describes Aunt Sally’s children as “acting the same way the little [n—-rs] was doing” (231; ch. 32). This description contains a profane word, but the point Huck makes is that both mothers have the same close relationship with their children.

Jim, of course, becomes the most respectable character in the novel, serving as a stand-in father for Huck when “Pap” dies mysteriously. Jim is more sensitive, gentle, and caring towards Huck than is anyone else in the novel. Jim, in all his superstition, tries to teach Huck what he would likely teach his own son, such as, “you musn’t count the things you are going to cook for dinner, because that would bring bad luck” (56; ch. 8). Perhaps he feels some obligation to Huck because the boy’s guardian was once his owner, but more likely his connection with Huck is that of a father who wants only the best for his child. Those who would ban the book ignore the kindness and love in the relationship between Huck and Jim because of depictions of the rule of mob mentality in those times or of Huck’s father’s alcoholism. Unlike Pap, Jim understands the relationship of a father to his sons; and he describes himself indirectly, saying, “[A father] knows how to value ‘em” (89; ch. 14). These are not immoral falsehoods that Mark Twain dreamt and decided to write down, rather they are warnings he chose to include against the horrors of chattel slavery and the Jim Crow Laws that followed Reconstruction. People who lobby to have this book banned are arguing against one of the greatest anti-slavery, pro-equality novels ever written because they believe that its words may fall on sensitive ears. What must this book do to them? Are they afraid of it? Are they afraid to let people know the atrocities of history, of America’s bloody past?

In addition to blatantly ignoring the positives of the novel, the banning of Mark Twain’s The Adventures of Huckleberry Finn is a violation of Twain’s right to free speech. Books are the domain of the public. Speech and, by extension, the written word, are inalienable rights. That is part of the reason that oppressive regimes are so fearful of people’s ability to speak. Words may not be weapons, but ideas are. Twain’s novel is a weapon for peace, though. His criticism of the culture of inequality caused panic and outrage in its time because it argued so ardently against slavery and cruelty in the form of a child’s story. Those who would take away this classic piece of literature, who insist that it is so offensive that children should not be allowed to read it, must be confused, or afraid. Or perhaps they ignore Twain’s opening statement, “In this book a number of dialects are used” (Explanatory). Maybe they are afraid and ashamed because they see something of themselves in Twain’s writing. Perhaps they see Huck’s father or the hypocritical Mrs. Watson, or even the king and the duke, who were willing to sell their traveling companion for forty dollars. Maybe the book-burners’ fear, confusion, and insecurity are reasons enough to ban this book, but that is all the more reason they should not have their way.

In The Adventures of Huckleberry Finn, Mark Twain crafts a biting criticism of the culture of deep-seated racial prejudice that he witnesses around him. Some would prevent the public’s reading of this novel because they believe the words inside are evil and cruel. Some of the words inside are most certainly evil and cruel; but the message they convey, the beacon of hope for equality and human kindness, is far more relevant than a few mean words. The few who want to ban books are confused, but they should let the rest of the world read.