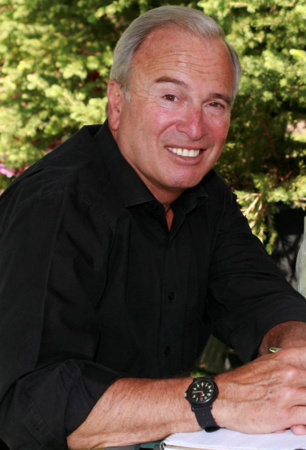 Ken Auletta inaugurated the Annals of Communications column and profiles for The New Yorker in 1992. This is his thirteenth book. Five of his previous books were national bestsellers, including Three Blind Mice: How the TV Networks Lost Their Way, Greed and Glory on Wall Street: The Fall of The House of Lehman, and Googled: The End of the World as We Know It. He lives in Manhattan with his wife.

The Streets Were Paved with Gold

The Best Business Stories of the Year: 2002 Edition

What do you hope to accomplish with your latest book, “Backstory: Inside The Business of News”?

To shine a light on the news business today. There is much talk about bias in the media, whether there is an operative “liberal” or “conservative” bias. The bias we talk too little about is the media’s “economic” bias — to drive up ratings or circulation with conflict, with sharp or loud opinions, with the latest “scoop” on Michael Jackson or a shark attack.

How does this make you feel about the current state of journalism?

I feel both hopeful, and depressed. Hopeful because technologies like digital cable and the Internet offer so many more choices for consumers of news. Depressed because, increasingly, journalistic divisions are part of giant companies who demand profit margins and “efficiencies” that often war with good journalism, which is expensive.

The synergy you speak of, does this conflict with journalistic independence?

There’s a basic cultural clash between journalism and business, and it’s one my book attempts to explore. As businesses grow larger, they naturally want to create “synergies” between their various departments, want to lower the walls between divisions, want to instill a “team culture.” But journalism often operates on a different set of values. To us, “synergy” sometimes means using journalism to shill for a sister division. We don’t want the wall between advertising and news to be lowered. We prize independence more than teamwork.

I offer a postscript at the end of each piece that suggests where I was sometimes wrong, or right. Perhaps the event that most surprised me was the firing of Howell Raines at the New York Times. My profile, which is the first piece in this book, was written a year before he was fired. While I am satisfied that the profile hit the bulls eye in alerting readers to Raines’ weaknesses as well as strengths, I was stunned that little more than a year after his greatest successes the publisher would come to believe that Howell Raines could not change and had to be terminated.

You’re a full-time journalist. Do you think you have enough distance from both the media and from politics when you write your pieces in The New Yorker?

In journalism you always have enough distance and don’t get into trouble if you remember who your audience is. You are not writing for the people you profile but for your general readers. Follow this stricture and, inevitably, you make hard decisions that leave people upset. In politics, you try to make friends and to please as many people as possible. In journalism, your loyalty is not to “friends” or to those who granted you access but to your readers.

In “New York’s Tabloid Wars” you discuss the long-standing competition between the Daily News and the New York Post. You’ve worked at both during your career; do you think one will survive the other?

The Daily News has a stronger advertising base and is making money, while the Post is not. But the Post is gaining circulation (in large measure because it cut its price in half). If the Post can gain advertising, and if News owner Mortimer Zuckerman becomes paranoid about competing against Rupert Murdoch’s deeper pockets, he could panic and sell. This is what Murdoch would like.

Over the years you’ve profiled leading figures and companies of the Information Age, including Bill Gates, Rupert Murdoch, Harvey Weinstein and Howell Raines, is there anyone you hope to profile in the future?

A journalist who would advertise his next project will soon be unemployed, or declared nuts!

In another life, you taught and trained Peace Corps volunteers, served as Special Assistant to the U.S. Under Secretary of Commerce, and worked in Senator Robert F. Kennedy’s 1968 campaign for the Presidency among other things. How did you come to write for The New Yorker?

It’s probably a classic case of upward failure. First, I thought I’d be a baseball player. I failed. Then I wanted to be a diplomat. Then help elect a President or Governor. I loved the independence journalism promised and, unemployed, I started freelancing. I wound up writing a political column for the Village Voice and longer investigative pieces for New York Magazine. In 1977, William Shawn, the editor of The New Yorker, phoned and asked if I might like to write for his magazine. I jumped at the opportunity.

What makes a good journalist?

A good journalist is an educator, has as much of a calling as a public official. In a democracy, people depend on the information they receive from journalists to help them make decisions. That’s not a small responsibility.