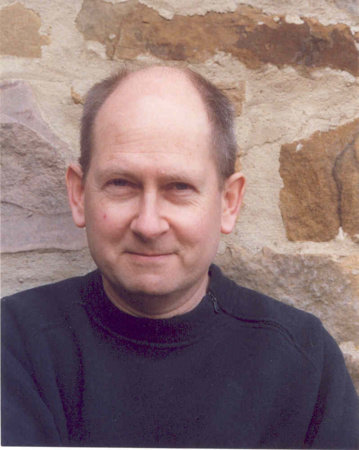 Stephen Baxter is a trained engineer with degrees from Cambridge and Southampton Universities. Baxter is the winner of both the British Science Fiction Association Award and the Locus Award, as well as being a nominee for an Arthur C. Clarke Award, most recently for Manifold: Time. His novel Voyage won the Sidewise Award for Alternate History in Long Form. He also won the John W. Campbell Award and the Philip K. Dick Award for his novel The Time Ships.

The Massacre of Mankind

A Novel of the Flood


The successful landing of the NASA rover Spirit in Gusev Crater on Mars has caught the world’s imagination. But our attention will soon move on.

Even if there were human astronauts aboard, that would be so. The lesson of Apollo’s journeys to the Moon is that once the footprints and flags have been planted, it is hard to motivate the public imagination. ‘There’s nothing on Mars but rocks,’ we will say–just as was perceived, even by some astronauts, about the Moon.

But there is, however, already ‘something there’ on Mars, already human stories to be told. Spirit is just the latest of a line of unmanned spacecraft that have striven to reach the planet since 1962, and relics of many of these missions survive. These unwitting monuments could provide headline-grabbing targets for early expeditions.

The first human artefacts to be encountered at Mars may, in fact, be in orbit rather than on the Martian surface. The first craft successfully to enter orbit around another planet was NASA’s Mariner 9, which reached Mars in November 1971. The first Soviet orbiters were Mars 2 and 3, which also reached Mars in late 1971. Future visitors may be intrigued by the technology; one Soviet probe actually carried on board a chemical film-processing laboratory!

Mariner 9, as the first orbiter of all, would naturally attract the greatest interest. As early as 1973 Carl Sagan was dreaming of Mariner 9’s retrieval (in The Cosmic Connection, 1974): ‘Perhaps, then, sometime around 1990, as a small side-trip in a grand manned-orbital exploration of Mars, there will be a rendezvous with Mariner 9. The old and battered spacecraft will be taken aboard a large manned station and returned home — perhaps to be put in the Smithsonian Institution …’ Sadly 1990 came and went without manned missions to Mars, and time may be running out for Mariner; its orbit will probably decay before 2020.

The earliest Martian pioneers of all were flyby probes. Mariner 4, which sent back 22 images from Mars in July 1965, to be followed by Mariners 6 and 7 in 1969. These probes are surely still intact, but are forever lost in their endless orbits around the sun.

The Soviets achieved the first landings on Mars, although they were not complete successes. In 1971 the Mars 2 and 3 probes sent landers to the southern hemisphere of Mars. The first appears to have crashed, while Mars 3 landed successfully but fell silent only 20 seconds after the start of a TV scan. In 1973 the Mars 6 lander returned data during its atmospheric entry, but its controllers lost contact with it an agonising 0.3 seconds before touchdown.

The first American probes to land on the surface of Mars were the spectacular Vikings, which reached Chryse and Utopia Planitia in July and August 1976. The next American lander was the Pathfinder, which reached the Ares Vallis in 1997. Imagine visiting these silent sentinels! It would be fascinating to explore the Pathfinder rock garden, and perhaps to resolve long-standing mysteries such as the Vikings’ ambiguous biological results.

There are technical goals too. The old craft are test-beds for the behaviour of materials and systems like electrical insulation and solar-power cells over decades in the Martian environment. And many of the relics are situated in areas of exceptional scientific interest, such as Mars 3 in the southern highlands, and the Pathfinder in the Ares Vallis outflow region. For safety, the Viking probes landed in relatively uninteresting areas. But these landers were massive machines containing rare metals and thousands of electronic parts. Perhaps the Vikings’ first visitors will seek them out as a scavengable lode of raw materials; the Vikings may not have discovered life on Mars, but they may save human lives in the future.

The most compelling scientific reason for visiting these probes is the possibility that life from Earth may have been transmitted to the Martian surface. Sterilisation procedures for spacecraft dating back to the 1960s have to be questioned, especially for the Soviets. It would be unfortunate to have contaminated the planet – even though, ironically, the survival of organisms over such long periods would teach us a great deal about the viability of terrestrial life on Mars. Perhaps on an inhabited Mars of the very far future, the areas around ancient landers will be preserved as samples of primitive Martian wilderness.
And then there are the mysteries.

Two-thirds of all missions to Mars have failed. Of course there is no ‘Martian jinx’. It’s just that getting to Mars is very hard: one strike and you’re out. The most frustrating thing of all for wistful mission planners, who put years of their lives into such projects, is that they often never get to learn what it was specifically that went wrong. It would be intriguing to learn the fate of lost craft such as the Mars Polar Lander at the south pole.

And it would be fascinating to learn at last what befell Beagle 2 as it fell towards Isidis Planitia on Christmas morning, 2003.