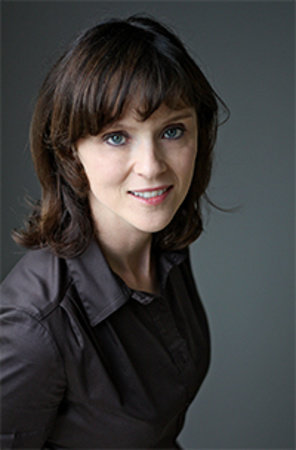 Arwen Elys Dayton spends months doing research for her stories. Her explorations have taken her around the world to places like the Great Pyramid at Giza, Hong Kong and its many islands, and lots of ruined castles in Scotland.
Arwen lives with her husband and their three children on the West Coast of the United States. You can visit her at arwendayton.com and follow @arwenelysdayton on Twitter and Instagram.

Arwen Elys Dayton began publishing her Seeker series in February 2015. She’s speeding right along and the next book in that series, Traveler, is now available. Arwen spends months doing research for her stories. Her explorations have taken her around the world to places like the Great Pyramid at Giza, Hong Kong and its many islands, and lots of ruined castles in Scotland. She always returns to the west coast of the United States, where she lives with her husband and their three children. We had a chance to ask Arwen a few questions about her series, her writing process, and more.

PENGUIN RANDOM HOUSE:Your Seeker series, which began nearly a year ago with Seeker and has moved on to the just-released sequel, Traveler, is certainly science fiction. But what real-life elements from the series will young adults relate to as they read it? Why was it important to you to work these elements in?

ARWEN ELYS DAYTON: I’m fascinated with the teen years. We all have to get through them, and no one makes it through unscathed. Crushes, embarrassment, discovering your parents may not be perfect, trying to find your own place in the world – we’ve all been there. Seeker and Traveler are set in the near future, in a world that blends the ancient into the futuristic, but I wanted to ground the story in Quin, and her experience of growing up – though I admit the stakes for her are a lot higher than they would be for most of us.

PRH:Tell us about when the idea for the Seeker series first came to you. Do you know yet how many books we’ll see in this series, or are you still working out the story in your mind?

AED: Most of my story ideas come from excessive daydreaming. In the case of Seeker, I was jogging and listening to eerie music, and suddenly Quin was there, bringing along with her a sense of betrayal and a willingness to fight. Once I’d met Quin, the world of Seeker started to grow up around her – teenagers who’d spent most of their lives training for what they believed was a noble purpose, only to discover their families were turning them into assassins. What would that be like? How would you pick up the pieces after you’d discovered most of your life had been a lie?

There will be three books in the series (the final book is called Disruptor), and those three books will complete the story of Quin and the characters introduced in the first book. I’m working on Disruptor right now! (Well, not right this second, but as soon as I finish answering these questions.)

PRH:You travel so much to do the research for your novels. What’s the most magical place you’ve ever been, and what makes it so magical to you?

AED: The Great Pyramid in Egypt is the most magical place I’ve visited. There are many theories as to how it was built and why, but when you’re inside, gazing at the enormous, precision-cut blocks of stone, you will question all of these theories and wonder, “What is it really?” That was the beginning of my earlier book, Resurrection.

I explored the pyramid with a single dying flashlight and a guide who knew how to get us inside even when the normal tourist routes were closed. Here I am lying inside the sarcophagus in the King’s Chamber.