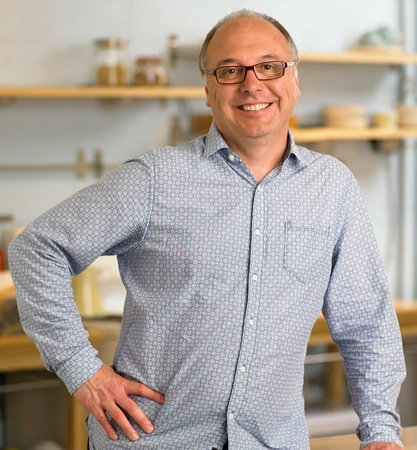 ERIC AKIS has been a food writer for the Victoria Times Colonist since 1997, and his columns have been published in newspapers across Canada, including Calgary Herald, Edmonton Journal, Ottawa Citizen, Vancouver Sun and Winnipeg Free Press. Akis is a trained chef and pastry chef, and before becoming a journalist he worked for 15 years in fine hotels, bustling restaurants, and other food operations. Akis also works as a food consultant/recipe developer and his principal client for more than a decade has been Thrifty Foods, a regarded West Coast Canadian supermarket chain owned by Sobeys, which also owns IGA. In 2003, his experiences as a chef and food writer inspired him to create the bestselling Everyone Can Cook cookbook series. The Great Rotisserie Chicken Cookbook is his eighth book.