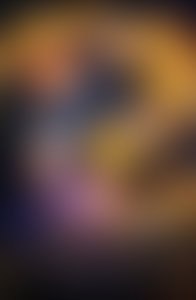 John Bellairs (1938–1991) was an award-winning American author of many gothic mystery novels for children and young adults, including The House with a Clock in Its Walls (which received both the New York Times Outstanding Book of the Year Award and the American Library Association Children’s Books of International Interest Award), The Lamp from the Warlock’s Tomb (which won the Edgar Award), and The Specter from the Magician’s Museum, which won the New York Public Library “Best Books for the Teen Age” Award.

The Figure In the Shadows

The Letter, the Witch, and the Ring

The Treasure of Alpheus Winterborn

The Vengeance of the Witch-Finder

The Ghost in the Mirror

The Beast Under the Wizard’s Bridge

The Tower at the End of the World

Una figura en las sombras / The Figure In the Shadows