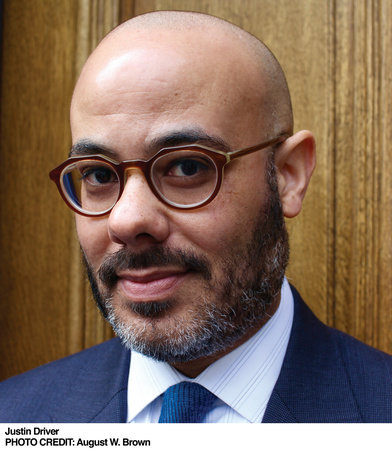 JUSTIN DRIVER is Professor of Law at Yale Law School. A graduate of Brown, Oxford (where he was a Mar­shall Scholar), and Harvard Law School (where he was an edi­tor of the Harvard Law Review), Driver clerked for Supreme Court Justices Stephen Breyer and Sandra Day O’Connor. A recipient of the American Society for Legal History’s William Nelson Cromwell Article Prize, Driver has a distinguished publication record in the nation’s leading law reviews. He has also written extensively for lay audiences, including pieces in Slate, The Atlantic, The Washington Post, and The New Republic, where he was a contributing editor. A member of the American Law Institute and the American Constitution Society’s Academic Advisory Board, Driver is also an edi­tor of The Supreme Court Review. Before attending law school, Driver received a master’s degree in education from Duke and taught civics and American history to high school students.