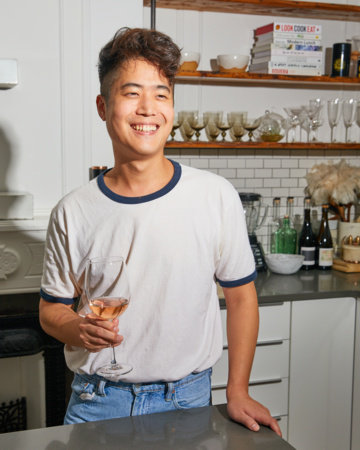 Eric Kim is a New York Times staff food writer born and raised in Atlanta, Georgia. He worked his way through the literary and culinary world to eventually become a digital manager at Food Network and a senior editor at Food52, where he amassed a devoted readership for his “Table for One” column. He now hosts regular videos on NYT Cooking’s YouTube channel. A former contributing editor at Saveur, Eric taught writing and literature at Columbia University, and his work has been featured in The Washington Post, Bon Appétit, and Food & Wine. He lives with his rescue pup, Quentin Compson, in New York City.