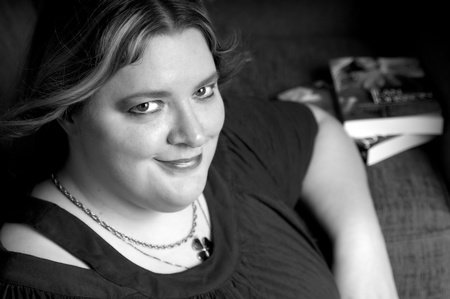 Jean Johnson is the national bestselling author of both military science fiction and fantasy romance, including various series, such as the Flame Sea novels, Theirs Not to Reason Why, Sons of Destiny, and Guardians of Destiny. She lives in the Pacific Northwest.

Gods of the Flame Sea

Dawn of the Flame Sea

Theirs Not to Reason Why

To be absolutely honest…I actually wrote the story which became Shifting Plains a couple years before I even began the Sons of Destiny stories for Saber, Wolfer, and the other Corvis brothers. I wasn’t completely happy with it, however, so I set it aside. When the opportunity came, I submitted The Sword first. Since then, I’ve had the chance to go back and rewrite the story of Tava and Kodan. It’s a lot better now—and that’s my promise to you, that I’ll always do my best to put out good stories, not just okay ones. As for this new version, I think you’ll like it.

Tava, the heroine, doesn’t fit into her backwater village in many more ways than one. She isn’t quiet, she isn’t demure, and she definitely isn’t Mornai: She’s a shapeshifter, capable of changing her body at will. All she knows about her father’s people, however, are the stories of violence done to her long-dead mother by savage shifters to the northwest. When her adopted Mornai father dies at the hands of bandits, Tava’s world falls apart; the village leaders want to steal her inheritance and make her little more than a slave. Her only choice is to allow herself to be sold to a passing Shifterai warband, in the hope that she can run away and find somewhere safe to live.

Kodan, the hero, is appalled at how callously the village treats Tava. From the moment he meets her, the leader of the warband understands Tava’s secret; he knows she belongs among her own kind. The stories of her mother’s suffering are about as far from the truth about his people as can be. The trouble will be convincing her of that truth. It doesn’t take long for him to realize he has his own reasons for wanting her to fall in love with her fellow shapeshifters. Preferably him.

As some of you may already know, the heroines of The Cat and The Storm, Amara and Rora, come from the Shifting Plains themselves. One of the things I wanted to do was show you their previous culture and lifestyle. Nightfall Isle may be an interesting corner of this particular world, but it’s only a corner…and kind of a small one at that. Important, but still small.

There is so much more waiting to be discovered that, while I know quite a lot about this world, even I can only see “There Be Dragons” on certain parts of the map. Thus, I invite you to open Shifting Plains and explore a new corner of this fascinating, fantastical, magic-filled world. With luck, I’ll have the chance to explore even more and share my findings with you in the future, both in this corner and in new areas, too.