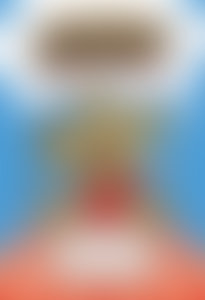 David Haviland is a journalist, ghostwriter, and editor. He cowrote all three gross miscellany books but was only credited on the cover for the third volume, Why Dogs Eat Poop. He lives in England.

Why Dogs Eat Poop, and Other Useless or Gross Information About the Animal Kingdom

This is your fourth book of gross and unusual facts. What led to your fascination with the unusual and absurd?

I suppose I’ve always been fascinated by the quirky, bizarre aspects of any given subject. I think as kids we tend to be more interested in the more shocking and gruesome aspects of a story, so maybe I’m just a big kid at heart.

Why did you decide to focus on the medical world for this installment?The world of medicine is quite unusual in that very little of it seems to really filter into mainstream general knowledge. We tend to feel we know quite a lot about certain specialist subjects, such as politics or history, say, but medicine seems too complex and too technical, and so as a result most of us know very little about it, which is a great shame, as it’s an utterly fascinating subject, filled with extraordinary stories and characters.

Of all the oddities in the medical world, how did you decide whichquestions to answer?

It was very difficult trying to narrow down the selection for this book, as there’s so much to write about, but I tried to focus on intriguing and amusing stories with interesting characters, which weren’t already well known, and which hopefully manage to reveal something about the science of medicine. The idea is to kind of sneak some facts in underneath all the gory stuff about hideous diseases and botched surgery!

The book contains some rather obscure historical anecdotes. How did you research these events?

Simply through lots and lots of reading and research. Before writing the book I was certainly no expert on medicine, so I had a huge amount to learn, and there are some wonderful books about the history of medicine. I also love rummaging around old bookshops and charity shops, looking for obscure books that are out of print, as these can often throw up fascinating facts and stories that might have been forgotten.

Even some of the more modern medical oddities are rather unsettling. How did you uncover the disturbing practices still in use?

Again, just through lots of research, and talking to friends who work in medicine. Thankfully, I never needed to actually attend surgery or witness any kind of procedure, and I’m quite sure I wouldn’t have had any idea what was happening even if I did!

Have you witnessed any of the medical issues in the book firsthand?

No, never. Although I did once have to use dead mouse paste for toothache. Oh, and I swear by powdered rhino horn for extra, erm, vigour. And I suppose I am technically addicted to crystal meth, but it’s really not a problem.

You’re based in England. In your research, have you come across anysurprising differences between the practices of British and Americans?

Obviously, there’s an enormous difference between Britain and America in that we have universal healthcare through the NHS, while the US spends more per person on health than any other country, and yet provides a lower standard of care overall than most other developed countries. A recent estimate suggests that there are 27,000 preventable deaths in the US each year because of a lack of health insurance, which is just tragic.

Knowing what you now know, are you nervous to see a doctor or go to ahospital?

To a degree, yes! However, I would be much more nervous if I’d been writing this book 100 years ago. One of the most fascinating things I learned in researching this book was how little medicine had actually improved before the 20th century, even though scientists had learned so much more about germs, anatomy, surgery, and so on. By 1900, scientists had made enormous leaps in terms of our knowledge about infection and the human body, and yet this had barely resulted in any effective new procedures or drugs, and as a result treatment still often consisted of ineffective things like bloodletting, which we’d been doing since the time of the Ancient Greeks. Before the 20th century, going to the doctor was more likely to make your condition worse compared with doing nothing, which is pretty astonishing!

Which fact in the book surprised you the most?

In 1936, King George V was murdered by his doctor just before midnight, so that his death could be announced in time for the print deadline of The Times newspaper!

Are there any oddities that didn’t make it into the book?

I would perhaps have liked to write more about the placebo effect, which is astonishing in itself, but particularly placebo surgery. There was a recent study which was designed to compare two types of surgical procedure for osteoarthritis in the knee. The patients were split into three groups, with two of the groups getting the respective real procedures, while the third group were unwittingly given placebo surgery. Doctors simply put this third group under anaesthetic, made a number of small cuts in the flesh around their knees, and then stitched them up. In other words, they effectively did nothing. During a two-year follow-up, the doctors found that all three groups showed the same level of improvement, with more mobility and less pain. Even though the placebo patients had really had nothing done, just believing that they had undergone surgery seemed to have worked just as well as the actual surgery!