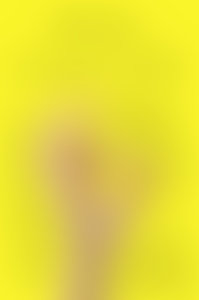 A Woman Trapped in a Woman’s Body

PENGUIN RANDOM HOUSE: You mention in your author’s note that you’ve “exaggerated a bit” in your collection for the sake of jokes and to prevent any harm to the real-life people in your writing. In some of your essays, you describe the backlash you’ve gotten from friends and family as a result of being too honest in your work, but brutal honesty is so often a necessary element of good comedic writing. How do you balance the need to produce effective, funny work while keeping in mind the people your work may inadvertently affect? Have you found that exaggeration is the key?

LAUREN WEEDMAN: Exaggeration certainly helps land the stories more in the “this is my warped sense of reality that has nothing to do with FACTS” sense. When I’m first writing a story, I just splat it all out and pretend that nobody anywhere is ever going to read it so I don’t have to hold back, or picture the look on my mother’s face as she reads the lines “she’s morphed into a Persian Cat who never loved her kids.” Only when I get to the final drafts do I start to shift things — change names, change facts, etc. — if I think for some reason it would hurt someone. Even hurting someone I don’t like bothers me, yet I don’t want that to water down or falsely pep up the story. Although I know that I can’t control how people react to my stories in the same way that people can’t control how someone writes about their experience of them, it’s never my intention to do harm. That sounds very boring and lofty — “first, do no harm” — but it’s true. I’m not trying to tell “nice” person, morally upbeat Disney tales, but I am trying to figure out why I reacted to certain people in the ways that I did. If I’m talking smack about someone being obnoxious toward me, I’m also going to try and explain my state of mind at the time. If that makes any sense.

If I’m really haunted or worried about someone reading something and recognizing themselves, I will send them the story before it’s published. I did that with this book with my ex-husband, the woman in Amsterdam, Nico, and the so-called Serial Killer. Maybe they were so confused that I’d asked for their approval that they were blinded as to what I was writing about them, but they all gave me their blessings. Of course, that could all change once someone they care about in their world reads it and convinces them they should sue me. I have two thousand dollars in the bank so I think I’ll be okay. Joke’s on them!

PRH: Apart from your comedic essay collections, you’ve written and performed quite a few solo plays. How do your playwriting and essay-writing processes differ? Are you partial to either medium?

LW: When I’m in the middle of performing a long run of a solo show to rows of sleeping, old, white men dragged to the theater by their wives, I’m longing for the isolation of writing essays. When I’m writing all alone, stuck with my mediocre writing skills and droning voices in my head (aka “the writing process”), I’m constantly proclaiming: “I’m a performer! Not a writer! What am I doing? I can’t express anything unless people can see the look in my eyes!” I’ve had many editors give me the “remember, we can’t see your face” note. Working on a solo show involves a lot of improv and working on my feet with a director and other collaborators. It’s so much easier to work when you can see right in front of you how your words are hitting people. I do love performing and am a performance and laugh whore for sure. I can’t choose! Yes I can. Live performance is for sure my thang. I’m better at it than writing. I think. Maybe I’m not. Maybe I’m mediocre at both. I mean, I am mediocre a lot of the time and then sometimes have insights … oh, god. I’m shame spiraling.

PRH: You’ve appeared in many TV shows and films, most notably HBO’s “Hung” and “Looking.” Do you have any future projects in the works, TV or otherwise, that you can tell us about?

LW: Oh “Looking.” How I loved that show. “Looking” has a movie coming out in the summer on HBO. I’m also in a movie called “Wilson” with Woody Harrelson. In April I’m going to Italy (I can’t believe I get to type that sentence) to shoot a movie with Jeff Baena. The script is completely improvised and it’s got an amazing cast: Nick Kroll, John C. Reilly, among others. Otherwise I’m just sitting around watching old home videos from the “Looking” shoot of Jonathan Groff and Murray Bartlett (my cast mates on “Looking”), longing for the olden days when I was surrounded by gay boys and being fed lunch six times a day.