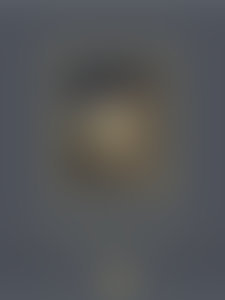 Edgar Allan Poe was born in Boston, USA, in 1809. Poe, short story writer, editor and critic, he is best known for his macabre tales and as the progenitor of the detective story. He died in 1849, in mysterious circumstances, at the age of forty.

J. Gerald Kennedy is Boyd Professor of English Emeritus at Louisiana State University and a past president of the Poe Studies Association. His books on Poe include Poe, Death, and the Life of Writing (1987), “The Narrative of Arthur Gordon Pym” and the Abyss of Interpretation (1995), and several edited volumes including A Historical Guide to Edgar Allan Poe (2001), Romancing the Shadow: Poe and Race (2001; with Liliane Weissberg), and Poe and the Remapping of Antebellum Print Culture (2012; with Jerome McGann). His major contribution to American literary studies is Strange Nation: Literary Nationalism and Cultural Conflict in the Age of Poe (2016), written with the support of fellowships by the John Simon Guggenheim Memorial Foundation and the National Endowment for the Humanities. He has also published Imagining Paris: Exile, Writing, and American Identity (1993), and he edited the Penguin Classics edition of The Life of Black Hawk (2008). He has appeared in many Poe documentary films, including The Mystery of Edgar Allan Poe(1994) for the A&E Biography series and Eric Stange’s film for the PBS American Masterpiece series, Edgar A. Poe: Buried Alive (2017).

Tales of Mystery and Imagination

The Murders in the Rue Morgue

Spirits of the Dead 2nd Edition

The Journal of Julius Rodman

Books by Edgar Allan Poe published by The Library of America