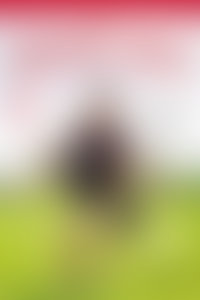 Oliver Horovitz is a writer, filmmaker, and caddie on the Old Course in St. Andrews, Scotland. He has written feature articles about his rounds in Sports Illustrated, Golf World, Golf Digest, and New England Golfer. In 2007, he wrote and produced a documentary called The Caddies of St. Andrews. He lives in New York City.

An American Caddie in St. Andrews

Why did you decide to write this book?

As soon as I started caddying in St. Andrews, back when I was 18, I knew that I’d stumbled into a special place. The Scots with which I was sharing bench space –– Bruce Sorley, Big Malcky, Wee Eck, Switchy, Boozy, Loppy –– these were guys who had looped for Presidents, for Arnold Palmer, for Tiger Woods. They’d worked countless British Opens, and smoked countless hand-rolled cigarettes. They were as old-school as the Old Course. And I wanted to be like them. Each summer that I returned, the caddie shack became more and more central to my particular life. Now, with “An American Caddie in St. Andrews,” I want to share my story, and some unforgettable characters who ply their trade on the Old Course’s famous 120 acres.

How did you come to be a caddie on the Old Course in St. Andrews?

When I was a senior in high school, I was given a deferred admission to Harvard College. I was in, but I first had to take a “gap year.” I ended up spending this gap-year at the University of St. Andrews, where I studied English, played on the golf team, and discovered the town’s 31 pubs and school’s 70/30 girl-to-boy ratio. By the time summer rolled around, I (clearly) was not ready to leave. As it turned out, a lot of my friends from the golf team were staying on during the summer, to caddie on the Old Course. I’d caddied in Massachusetts when I was 12, and I already knew the Old Course from playing it all year. It seemed like the perfect summer-gig. I pushed back my flights, found a flat for the summer, and enrolled in the Old Course caddie trainee program.

How did the other caddies first take to you, as an American kid caddying amongst the older Scottish guys?

I would say similar to how an elephant first takes to a large insect entering his ear canal. Things that first summer were a little stormy. I had to begin as a trainee caddie, which is considered just slightly less respectable than drainage filth. Worse, I was American, and pretty young, and…well…I talked a lot. But gradually, I earned my keep, and the abuse from older caddies became (a little) less frequent.

What do you think hanging out amongst the Old Course caddies has taught you as a person?

The biggest thing I’ve learned from my shack mates is to do what you love. Quite simply, these guys love golf. They love playing it, they love watching it, they love talking about it. Golf is their passion, but they’ve also made this decision to surround themselves with golf; to make it their job. For an 18-year-old kid, whose older friends were already talking about banking internships and corporate consulting jobs, this was a pretty important life-lesson. Plus, I’ve learned a lot of really dirty new words.

What were some of your craziest moments as a caddie in St. Andrews?

Caddying for Huey Lewis in the Dunhill Links Championship was bizarre (and awesome). There was also Billy, the German guy who had the yips, and six-putted the first green (this was not awesome). Additionally, doing tequila shots with Paula Creamer in the Dunvegan, at the end of the Women’s British Open, stands as a moment of massive personal achievement.

What kinds of golfers come to play St. Andrews?

I’ve caddied for CEOs and mailmen, Japanese casino owners and foul-mouthed gynecologists. Also an executive for Hershey, who told me mid-way through the round, “Oliver, nothing can take on the milk chocolate and almond bar from Hershey. Nothing.” The majority of golfers who come to St. Andrews are playing the Old Course for the very first time. They’ve been planning this trip for years, if not their entire golfing lives. I love this. I’ve had 70-year-old men break into tears on the 1st tee, and tell me, “This is the happiest day of my life.” Getting to steer these golfers around the course, who seem to be having the best four hours of their adult lives; it’s usually wonderful.

Do you find that being a caddie makes you a better golfer? Why?

Being a caddie certainly makes me a smarter golfer. I don’t try to be as heroic on the golf course as I used to, mainly because I’ve seen how often this can tomahawk a scorecard.

I also now use a much lighter golf bag.

You were on the golf team at St. Andrews University at the same time you started caddying. Did you ever get sick of golf?

Besides the days when rainstorms dumped the Atlantic Ocean inside my waterproofs, I really never got sick of golf. In St. Andrews, you live, sleep, and dream golf. Everyone plays. Your taxi driver is a 3-handicap. The little old lady in Tesco supermarket is a Ladies Putting Club champion. So, it quickly becomes your life. After caddying for 36 holes, my friends and I would frequently go play nine holes at night (it stays light in St. Andrews until 11 PM during the summer). I think, if anything, caddying made me want to play more golf.

What do you hope readers will take away from your book?

I’m confident that readers will take away an impression of me being darkly handsome, and incredibly smooth with women. Additionally, I hope readers will get an inside peek at what it’s like to work the links, rubbing shoulders in the shack with old school Scots. I also hope readers will get a sense of St. Andrews. It’s a town that every golf fan needs to visit. And to caddie there –– it gets no better. There’s good reason we call the Old Course, “The greatest office in the world.”

Any golf tips you can offer readers?

I’ve got five for playing the Old Course: