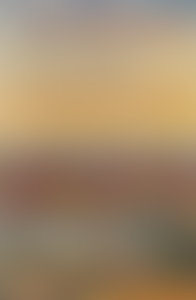 Conrad Richter was born in Pennsylvania, the son, grandson, nephew, and great-nephew of clergymen. He was intended for the ministry, but at thirteen he declined a scholarship and left preperatory school for high school, from which he graduated at fifteen. After graduation, he went to work. His family on his mother’s side was identified with the early American scene, and from boyhood on he was saturated with tales and the color of Eastern pioneer days. In 1928 he and his small family moved to New Mexico, where his heart and mind were soon caputred by the Southwest. From this time on he devoted himself to fiction. The Sea of Grass and The Trees were awarded the gold medal of the Societies of Libraries of New York University in 1942. The Town received the Pulitzer Prize in 1951, and The Waters of Kronos won the 1960 National Book Award for fiction. His other novels included The Fields (1946), The Lady (1957), A Simple Honorable Man (1962), The Grandfathers (1964), A Country of Strangers (1966; a companion to The Light in the Forest), and The Aristocrat, published just before his death in 1968.