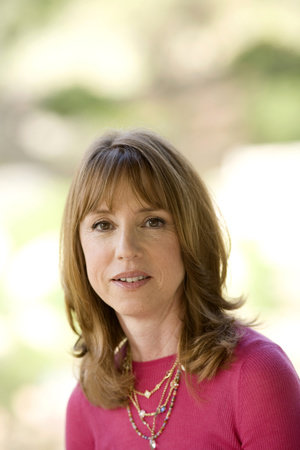 Lisa See is the New York Times bestselling author of China Dolls, Dreams of Joy, Shanghai Girls, Peony in Love, Snow Flower and the Secret Fan, Flower Net (an Edgar Award nominee), The Interior, and Dragon Bones, as well as the critically acclaimed memoir On Gold Mountain. The Organization of Chinese American Women named her the 2001 National Woman of the Year. She lives in Los Angeles.

The Age of Dreaming by Nina Revoyr
I live in Los Angeles and like many people have a great love of novels about the city and Southern California. This novel starts in Los Angeles in the 1960s and flashes back to the silent film era. The main character is an elderly Japanese man who once was a famous film actor. This is a great mystery — very classic noir — and at the same a fabulous historical novel. I learned a lot about Los Angeles, racism, and the silent film era reading this book.

The Summer of the Big Bachi by Naomi Hirahara
Hirahara’s father was a Japanese gardener in Los Angeles. Her parents were also Hiroshima survivors. In this novel, Naomi has borrowed from her own family background — all the wonderful details that she and she alone could know — to create a perfect, deceptively simple mystery. She has captured a slice of life that once was ubiquitous in Southern California but has almost completely disappeared.

Golden Days by Carolyn See
Some people might think it is strange that I would choose one of my mother’s books for this list, but she is the grand dame of Southern California fiction. (I’m not saying that because she’s my mom but because she is.) To me, Golden Days captures all that is spectacular about Los Angeles: the geographical beauty, the great hope and desire that infuse people, and our singular way of taking the worst situations and turning them into something golden. This is an end-of-the-world novel with a happy ending.

L.A. Confidential by James Elroy
James Elroy is, in a word, brilliant. I love his use of language. I love his love/hate relationship with the city. I love how he paints pictures of the different neighborhoods — from the sloping lawns outside clapboard bungalows around MacArthur Park to the extravagant smog and palm tree-laden views from the Hollywood Hills. I love how pitiless he is about love. In real life, Elroy is one tough customer and he brings that to his cops, the corruption he sees in everything and everyone, and the intricacies of his splendid plot.

The Chinchilla Farm by Judith Freeman
A list about novels about Southern California would be incomplete if I didn’t include one that was about a character coming here from somewhere else. People are lured here by all kinds of things: dreams of making it big in Hollywood, the eternal sunshine, the perceived freedom, the break from the past. But they are also driven from their homes — fleeing bad marriages, unhappy families or jobs, and ugly weather. In this first novel, Judith follows a young woman, Verna, who, much
like Judith herself, leaves Utah, her Mormon faith, and an unfaithful husband to make the final journey West. The writing is beautiful and Judith has captured the sense of first arrival, of bewilderment at the city, and the puzzling — but usually kind-hearted — assortment of people you can meet here.