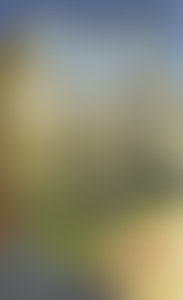 CRISTINA SUMNERS holds a M.Div from the General Seminary of the Episcopal Church and an M.Phil. in Medieval English Studies from Oxford University. She has worked in two churches in Texas and as the Education Officer at a large urban church in England. Married to a scientist, she lives in Taos, New Mexico.

What was the genesis of your debut mystery, CROOKED HEART?

I grew up in a literary world bounded by Poirot and Miss Marple at one end and Wolfe and Archie at the other. So it came as no surprise—to me, at any rate—that as I walked through the dark tunnel of trees that is the driveway of Trinity Church, Princeton, New Jersey, on a witchy autumn night in 1973, I thought: This would be an excellent place to find a body. The novel that began to grow out of that scene, however, was dismissed by an agent because the murder was too conventional. He was right. I was pondering the problem one day as I stood in a friend’s kitchen, and my lurid imagination conjured up a body lying in a pool of blood. I perceived dimly that it had something to do with the dishwasher…and CROOKED HEART was born.

You’re an Episcopal priest. Are you the model for the Rev. Kathyrn Koerney, your protagonist ?

Yes and no. Psychologically, Kathryn is a ruthless self-portrait of myself at 34, neuroses and all. But I made her gorgeous and rich (I am neither!) just for fun. I needed some faintly credible reason to get a clergywoman involved in a murder investigation, so I created Tom Holder, Chief of Police and member of the church where Kathryn was an assistant.

When I first invented Kathryn, the only religious detectives I’d encountered were Father Brown and Rabbi David Small. These excellent men eventually acquired male colleagues (the wonderful Brother Cadfael and Brother William of Baskerville, among them), but for years the cadre of religious sleuths remained exclusively male. That sad state of affairs has, thank God, now changed. But CROOKED HEART isn’t about women in the clergy. It’s about love and loss and betrayal and guilt. Oh, yeah, and a bit of sex and violence.

Tell us about yourself….

I was born in Texas in 1947; I suspect I emerged from the womb reading a book. I was ordained to the priesthood in the Episcopal Church 35 years later. I’m married to a wonderful man I met at Oxford, a physicist who gave up making multi-million-dollar high-tech machines to teach science and math in high school. We lived in the south of England from 1992 to June 2002, during which time we adopted an eleven-year-old boy who is now 18. I loved England, but the humid climate wrought havoc with my health, so I persuaded both my Englishmen to relocate to the mountain deserts of northern New Mexico. Right now I’m beavering away at my second novel, THIEVES BREAK IN, which finds Kathyrn and Tom in an English castle trying to figure out who shoved Kathyrn’s cousin off the ramparts….And on the Third Sunday of Advent, December 15th, 2002, I will celebrate the twentieth anniversary of my ordination to the priesthood.