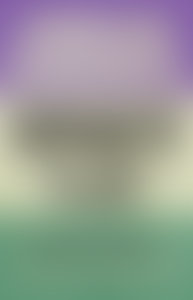 Emmeline Pankhurst was born in 1858 in Manchester, into a politically active family. She became interested in politics at a young age and a supporter of women’s suffrage by the age of fourteen. As a teenager she attended school in Paris and on her return to Manchester she met and married Richard Pankhurst, a barrister twenty-four years her senior. Over the next ten years they had five children. Emmeline’s interest in politics and involvement in the suffrage movement continued to develop and she was a member of the Women’s Franchise League and later the Independent Labour Party. In 1903, frustrated by the lack of progress on securing votes for women, Pankhurst and several colleagues founded the Women’s Social and Political Union (WSPU), a militant organisation devoted to securing votes for women by direct action. For the following twenty years, members of the WSPU, led by Pankhurst, endured prison and hunger strikes in their struggle to win the right to vote. Their activities were called to a halt by the start of the First World War but in 1918, the government gave voting rights to women over thirty. Emmeline died on 14 June 1928, shortly after women were granted equal voting rights with men.