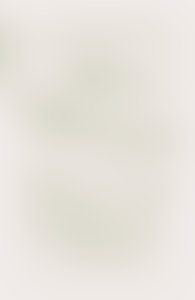 Walt Whitman was born on May 31, 1819, near Huntington, Long Island, New York. His father–a farmer turned carpenter from whom Whitman acquired his freethinking intellectual and political attitudes–moved his wife and nine children to Brooklyn in 1823. The young Whitman attended public schools until the age of eleven, when he was apprenticed to a printer. In 1835 he became a journeyman printer and spent the next decade working as a compositor, freelance writer, editor, and itinerant schoolteacher. But Whitman’s fortunes changed in 1846 when he was named editor of the Brooklyn Eagle. However his ‘free soil’ political beliefs cost him the editorship of the conservative paper two years later. Following his dismissal, Whitman traveled to New Orleans, where he was briefly editor of the New Orleans Crescent. Upon his return north in June 1848, he frequented the opera and museums, dabbled in politics, and immersed himself in the life of the streets. Although Whitman had earlier affected the mien of a dandy, he now dressed as a ‘rough’ and became prominent among the bohemian element of New York. But the poems and stories he published in these years showed no hint of his future greatness.

The next five years (1850-1855), while outwardly undramatic, proved to be the most important period–intellectually and spiritually–in the life of Walt Whitman the poet. During this time he read avidly and kept a series of notebooks. Two novels by Georges Sand helped fix the direction of Whitman’s thinking. One was The Countess of Rudolstadt, which featured a wandering bard and prophet who expounded the new religion of Humanity. The other was The Journeyman Joiner, the story of a proletarian philosopher who works as a carpenter with his father but also devotes time to reading, giving advice on art, and freely sharing the affection of friends. But of course it was Ralph Waldo Emerson’s summons (in ‘The Poet’) for a great American muse to step forward and celebrate the emerging nation that was pivotal to Whitman’s future. On July 4, 1855, the first edition of Leaves of Grass, the volume of poems that for the next four decades would become his life’s work, was placed on sale. Although some critics treated the volume as a joke and others were outraged by its unprecedented mixture of mysticism and earthiness, the book attracted the attention of some of the finest literary intelligences. ‘I greet you at the beginning of a great career,’ Emerson wrote to Whitman. ‘I find incomparable things said incomparably well.’

The Civil War found Whitman working as an unofficial nurse to Northern and Southern soldiers in the army hospitals of Washington, D.C. His war poems appeared in Drum-Taps (1865) and were later incorporated into Leaves of Grass–as was ‘When Lilacs Last in the Dooryard Bloom,’ his elegy to the recently assassinated President Lincoln. After the war he became a clerk in the Indian Bureau of the Department of the Interior, from which he was shortly dismissed on the grounds that Leaves of Grass was an immoral book. (Whitman was soon reinstated in another government clerkship with the Department of Justice.) Despite such notoriety, his poetry slowly achieved a wide readership in America and in England, where he was praised by Swinburne and Tennyson. (D. H. Lawrence later referred to Whitman as the ‘greatest modern poet,’ and ‘the greatest of Americans.’

Whitman suffered a stroke in 1873 and was forced to retire to Camden, New Jersey, where he would spend the last twenty years of his life. There he continued to write poetry, and in 1881 the seventh edition of Leaves of Grass was published to generally favorable reviews. However, the book was soon banned in Boston on the grounds that it was ‘obscene literature.’ Whitman was in a precarious financial way in his remaining years, and such writers as Mark Twain, Henry James, and Robert Louis Stevenson contributed to his support. Rich admirers kept him supplied with oysters and champagne (he was fond of both). Whitman even received a visitation from Oscar Wilde, who later reported that ‘the good gray poet’ made no effort to conceal his homosexuality from him. (‘The kiss of Walt Whitman,’ Wilde said, ‘is still on my lips’)

In January 1892 the final ‘Death-bed Edition’ of Leaves of Grass appeared on sale, and Whitman’s life’s work was complete. He died two months later on the evening of March 26, 1892, and was buried four days afterward at Harleigh Cemetery in Camden. ‘Most of the great poets are impersonal,’ Whitman once wrote of Leaves of Grass. ‘I am personal. . . . In my poems, all revolves around, concentrates in, radiates from myself. I have but one central figure, the general human personality typified in myself. But my book compels, absolutely necessitates, every reader to transpose himself or herself into the central position, and become the living fountain, actor, experiencer himself or herself, of every page, every aspiration, every line.’

Life and Adventures of Jack Engle

Leaves of Grass and Selected Poems and Prose

Books by Walt Whitman published by The Library of America

Walt Whitman Speaks: His Final Thoughts on Life, Writing, Spirituality, and the Promise of America