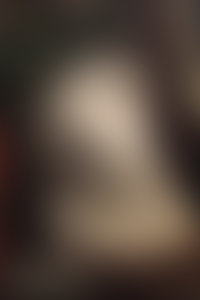 Henri Cole was born in Fukuoka, Japan, in 1956. He was reared in Virginia and graduated from the College of William and Mary. He holds graduate degrees from the University of Wisconsin and Columbia University and is the recipient of fellowships from the Ingram Merrill Foundation and the National Endowment for the Arts. In 1989 he received the Amy Lowell Poetry Travelling Scholarship. His poems have appeared in Antaeus, The Atlantic, The Nation, The New Republic, The New Yorker, The Paris Review, and The Yale Review, among others, and he has published two previous collections of poetry: The Marble Queen (1986) and The Zoo Wheel of Knowledge (1989). From 1982 to 1988 he was executive director of the Academy of American Poets, and he has since taught at Columbia, Reed, Yale, and the University of Maryland. At present he is Briggs-Copeland Lecturer in Poetry at Harvard.

How I Grew
–from Henri Cole

When I was eight I received a typewriter for Christmas. It was not intended as a gift to the poet I would one day become; rather, in our lower middle-class household, it was a reminder that business skills would be necessary to improve my circumstances in the world. Inexplicably, I understood a higher purpose of my machine-a-ecrire to be the instrument of an artist. It was something like the human mind, to my Roman Catholic self, and was to remain uncorrupted, tenacious, and true. I knew better than to share this belief with my parents, who were unsentimental about life.

The principal of my elementary school drove a black Cadillac with shark fins. One day, as I stood beside my classroom desk with the other children jeering at my, I recognized that I was a stranger in the cruel citizenry of childhood, that my only nation would be the imagination. Passing out embarrassingly at the feet of my teacher, I woke in the principal’s hearse-like Cadillac, the flesh of my arms and face adhering to the black vinyl seat cover. I was being driven from one shore of childhood to another.

Until I was in college, I had no artistic friends. My only dialogue was with God, whom I besieged with my prayers. For several years, I lived alone in a tree house in the woods behind our suburban Virginia home. It was there that I learned the true meaning of the state of being necessary to become a writer, the state of exile and aparthood. When a rowdy gang of neighborhood boys tried to make my tree house their own, I built a sturdier door and waged a war until they were driven away.

As a teenager I reconciled myself to life in a house where violence erupted in predictable patterns every few weeks. I was whipped and beaten from an early age. Hearing the household escalate toward danger — the voices of my parents becoming hysterical, lamps being thrown across rooms, platters of food shoved from the dining table, one drunken parent sobbing over another — I would pray for intervention from Jesus, who remained mysteriously silent.

When I began to make poems during my junior year of college, nothing I wrote was original. Everything I wrote was autobiographical. These were the poems of a closeted homosexual. There were about the men I knew and were filled with yearning and anger. From this early stage I was sensitive to tone. Reared in a house where I understood only one of three languages spoken (English, French and Armenian), I had learned to depend on tone to signal meaning. And hearing this braid of languages regularly spoken heightened my sense of words as a kind of loge in which desires were illuminated, memory was recovered and poems would be assembled.

The contemporary poets I have learned the most from have little in common stylistically, though all experienced some measure of aparthood: Bishop, Merrill, Rich and Heaney. Of these, I have had to guard myself most vehemently against Merrill’s influence, for there were no poems by a living poet during my twenties and thirties that I loved more.

"Memory, the key to everything, brings with it nostalgia, which must be outgrown," Howard Moss write. In my own poems, I have grown accustomed to astringency; there is no longer any compulsion to hide or temper the truth,, as there was when I was setting out twenty years ago. I do not want to relive what I have felt or seen or hoped along the way, but I do want to extract some illustrative figures, as I do from the parables in the Bible, to help me persevere each day at my writing table, where I must confront myself, overcome any fear of what I might find there, and begin assembling language into poetry.