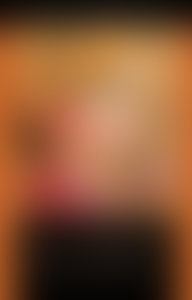 Dante Alighieri was born in Florence, Italy in 1265. His early poetry falls into the tradition of love poetry that passed from the Provencal to such Italian poets as Guido Cavalcanti, Dante’s friend and mentor. Dante’s first major work is the Vita Nuova, 1293-1294. This sequence of lyrics, sonnets, and prose narrative describes his love, first earthly, then spiritual, for Beatrice, whom he had first seen as a child of nine, and who had died when Dante was 25. Dante married about 1285, served Florence in battle, and rose to a position of leadership in the bitter factional politics of the city-state. As one of the city’s magistrates, he found it necessary to banish leaders of the so-called “Black” faction, and his friend Cavalcanti, who like Dante was a prominent “White.” But after the Blacks seized control of Florence in 1301, Dante himself was tried in absentia and was banished from the city on pain of death. He never returned to Florence. We know little about Dante’s life in exile. Legend has it that he studied at Paris, but if so, he returned to Italy, for his last years were spent in Verona and Ravenna. In exile he wrote his Convivio, kind of poetic compendium of medieval philosophy, as well as a political treatise, Monarchia. He began his Comedy (later to be called the Divine Comedy) around 1307-1308. On a diplomatic mission to Venice in 1321, Dante fell ill, and returned to Ravenna, where he died.