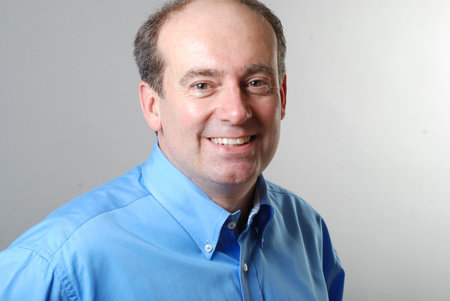 When my students, high school freshmen in New York City, learn that I grew up in a town with a population of 1200, their first reaction is always the same:

“Small towns are so boringggg.”
“There’s nothing to do.”
“Everybody knows everything about you.”

That last one always makes me laugh.  The same kids who complain about everyone knowing all their secrets share their deepest secrets with THE WORLD on Facebook, on a daily basis.  But I digress.

Certainly there are people in small towns who are bored, and who have “nothing to do,” but that wasn’t my experience — ever. I am, and always have been, from the “Only Boring People Are Bored” school of thought, and worked hard as a child to develop and use my imagination. One of my favorite experiences from that time of my life is when I decided I had a future in Hollywood.

It practically kills me to admit this, but I got the idea from a made-for-TV movie on “The Wonderful World of Disney,” a Sunday evening staple in our home in Andover, Ohio.  Johnny Whitacre, who was my age, starred in The Mystery of Dracula’s Castle, in which his character makes a movie. I was nothing if not stubborn, and figured that if Johnny Whitacre could do it, so could I.  And so, at thirteen, armed with my dad’s 8-millimeter movie camera, some plastic fangs, and a few tubes of fake blood, I set out to make a horror movie.

I was determined to do Mr. Smarty-Pants Whitacre one better, though. I had no intention of recycling somebody else’s creation; I wanted a monster of my own.  Tucked away in our bunk beds, my brother Steve and I whispered creepy-creature names at each other in the dark until we hit the jackpot: The Seaweed Strangler.  We lived on Pymatuning Lake, which has more than its share of seaweed and swampy locations, and now that I had a main character and a setting, I was on my way.

Okay, so The Seaweed Strangler didn’t win any awards, and I didn’t go on to become the next Steven Spielberg (who also started out with an 8-mm camera, by the way).  The truth is that the movie is still a work in progress.  I continue to blame the film editing machine that broke down in mid-edit thirty-plus years ago, but now that I’ve had the film transferred to DVD, I’m running out of excuses not to finish it.   (All of which really irritates Steve, who still hasn’t forgiven me for the two weeks he spent walking barefoot through the muck and mire while draped in seaweed!)

Last summer, though, I found a way to revive the Seaweed Strangler — to bring the creature, and my movie, back to life.  I started work on a novel about a boy who discovers his father’s partially finished movie — titled, you guessed it, The Seaweed Strangler – and decides to add a few scenes of his own.  No, I don’t have a son in real life, but that’s the best part about being a writer: I get to make stuff up, and use my imagination to let my characters do all the things I can’t, or hope to, or don’t want to, or would never, do.

Sign me up for news about Michael D. Beil and more from Penguin Random House

The Red Blazer Girls: The Ring of Rocamadour

The Swallowtail Legacy 2: Betrayal by the Book